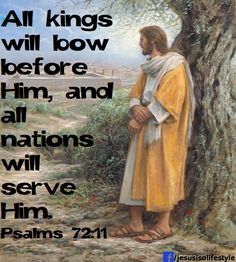 In First Love, Part 1 the discussion was about the first church in Ephesus and how it lost its first love, and never recovered it. This also involved the question of how to return to our first love.

“To the angel of the church of Ephesus write. ‘These things says He who holds the seven stars in His right hand, who walks in the midst of the seven golden lampstands: “I know your works, your labor, your patience, and that you cannot bear those who are evil. And you have tested those who say they are apostles and are not, and have found them liars; and you have persevered and have patience, and have labored for My name’s sake and have not become weary. Nevertheless I have this against you, that you have left your first love. Remember therefore from where you have fallen; repent and do the first works, or else I will come to you quickly and remove your lampstand from its place – unless you repent.”’” Revelation 2:1-5.

We now continue this discussion.

This idea of showing the love of Christ for those around us is somewhat mysterious, in fact, it is supernatural. Certain super Christians have done it, but supposedly it is not for the common man or woman.

Actually this is not true, the commandments and the first love for Christ along with the abiding are all within the reach of the simplest of Christians. Jesus Himself tells us how.

Because of this the people where intending to make Him king, by force. Now He was and is a king, but this was not the way the Father wanted Him installed in office.

Therefore, it was with great difficulty that He sent the crowd away; He then crossed the Sea of Galilee to the town of Capernaum (the account of walking on water occurs here too, John 6:15-21).

After Jesus arrived the same crowd found Him again, and wanting free food for life, they engage Him in a dialogue; expecting Him to give them food as Moses had given them manna in the wilderness.

At this point Jesus begins to present Himself to them as the true manna (bread) for them to feed on.

The people are very worldly though and see only the physical side of life, because of this they think that He is offering Himself as some sort of food to them. Such a thought was offensive to them, as it would be to us.

The Lord later clarified the things He said in the following manner.

“It is the Spirit who gives life; the flesh profits nothing. The words that I speak to you are spirit, and they are life.” John 6:63.

Had they been listening they would have realized that He was using figurative language and not literal.

When you read this, you will see that the Lord is telling them that Moses did not give the people manna in the wilderness.

It was His Father who fed the people manna and that Jesus is the true bread (manna), which came down from heaven to give life to the world; tremendous emotions are stirred up here.

This is the background of chapter six for the lesson on showing the love of Christ for others and maintaining our first love for Him. John 6:51, 53-54, 56-57, which follow bring us to the subject at hand.

“I am the living bread which came down from heaven. If anyone eats of this bread, he will live forever; and the bread that I shall give is My flesh, which I shall give for the life of the world.” John 6:51.

“Most assuredly, I say to you, unless you eat the flesh of the Son of Man and drink His blood, you have no life in you.” John 6:53.

“Whoever eats My flesh and drinks My blood has eternal life, and I will raise him up at the last day.” John 6:54.

According to a footnote in J.N. Darby’s “Synopsis of the books of the Bible”, vol. 3, John 6:51 and 53 are in the aorist tense and could be read somewhat like this, “whoever has done so”.

Let us look at these verses again with some amplification.

“I am the living bread which came down from heaven. If anyone eats of this bread [whoever has done so], he will live forever….” verse 51.

Now look at the next verse.

“Most assuredly, I say to you, unless you eat the flesh of the Son of Man and drink His blood [unless you have done so], you have no life in you.” verse 53.

Taken this way these are salvation verses which envision a person, in faith and from the heart, accepting the fact that Jesus gave His life, both flesh and blood spilled, to pay for their sins.

Now look at the remaining verses.

“Whoever eats My flesh and drinks my blood [a continuous action] has eternal life….” verse 54.

This is a picture of the Christian continually feeding on who Jesus is.

We have the understanding here that abiding, means that we are to feed continually on the word of God.

Please keep in mind that this is not just the act of reading your Bible, rather the need is for diligent study and meditation (internalizing) on the things you have read.

In chapters, two and three of the book of Revelation the seven letters addressed to the seven different churches, end with this phrase, “He who has an ear, let him hear what the Spirit says to the churches.”

There is a difference between hearing and receiving what we have heard. This applies to Bible study we need to hear what the Spirit says and then it must affect us.

The idea is not so much to study the Bible as though you were studying for a college entrance exam, but rather one of giving your time with the Lord all of your attention.

A friend of mine would say, “Lord what do you want to tell me today.” this is the spirit of it, a conversation between you and God. The exciting part is that God not only reveals answers to questions about you, He also reveals Himself.

There is no limit to what you can learn while reading the Scriptures if you rely on the Holy Spirit to open them up to you.

“For what man knows the things of a man except the spirit of the man which is in him? Even so no one knows the things of God except the Spirit of God. Now we have received, not the spirit of the world, but the Spirit who is from God, that we might know the things that have been freely given to us by God. These things we also speak, not in words which man’s wisdom teaches but which the Holy Spirit teaches, comparing spiritual things with spiritual. But the natural man does not receive the things of the Spirit of God, for they are foolishness to him; nor can he know them, because they are spiritually discerned. But he who is spiritual judges all things, yet he himself is rightly judged by no one. For ‘Who has known the mind of the Lord that he may instruct Him?’ But we have the mind of Christ.” 1 Corinthians 2:11-16.

It is truly possible to feed on Christ in the form of the word of God.

If we take what we have learned here and go to the passage in John chapter fifteen, things will start to make sense.

Notice that this quote from Jesus says, “and I in him”, this indicates that the one being addressed is already saved, for Christ does not indwell an unsaved person.

From this and other Scriptures we can know that Christ will always abide in the believer; He does not leave us; we leave Him. Now look at, “He who abides in me”, again the question arises, what does abiding mean?

Abiding does not mean the putting forth of some sort of human effort, nor does it mean waiting around for some kind of stirring from God to do something.

The former would likely become works done in the flesh, this is not abiding. The latter is a far too passive mode that Christians fall into and wind up doing nothing at all.

John chapter 15 describes a vine, “I am the vine, you are the branches”, notice that this is an entire vine.

Picture what a vine does, it supports the branches, that is to say that the sustenance comes up from the roots through the vine to the branches. If you cut the branches off from the vine the branch dies, this is obvious.

When the branches are properly attached to the vine, they somehow produce fruit, but it is not something they can do without the nourishment from the main plant.

All this is redundant of course, but think, what part does the branch have in bearing fruit?

Nothing really, there is no thought process involved in the production of fruit, the nourishment is simply received by the branch and it acts out its purpose by putting forth fruit.

So the Christian is nourished through feeding on Christ and the result is the bearing of fruit in the form of service unto God out love not duty, guilt, or compulsion.

In this manner, it is possible for the Christian to return to their first love, or maintain that position throughout their lives. It is this that Christ wants us to return to.

It should be added that the church, the body of Christ, was created by Jesus Christ, the head of the church, for comfort and fellowship with other Christians.

That they might glorify Him and help each other grow in the knowledge of Christ, and in turn these might help new Christians who are struggling in their lives.

“And He Himself [Christ] gave some to be apostles, some prophets, some evangelists, and some pastors and teachers, for the equipping of the saints for the work of ministry, for the edifying [building up] of the body of Christ, till we all come to the unity of the faith and of the knowledge of the Son of God, to a perfect man, to the measure of the stature of the fullness of Christ; that we should no longer be children, tossed to and fro and carried about with every wind of doctrine, by the trickery of men, in the cunning craftiness of deceitful plotting…” Ephesians 4:11-14.