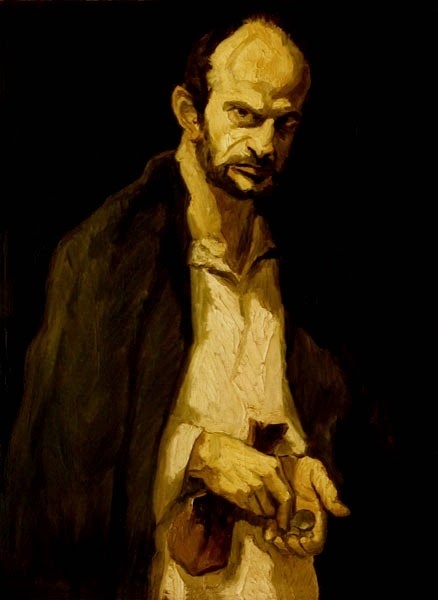 “The heart is deceitful above all things, and desperately wicked; who can know it? I, the Lord, search the heart, I test the mind, even to give every man according to his ways, and according to the fruit of his doings.” Jeremiah 17:9-10.

Though the above verses have been brought up before, we will expand on them here to clarify a principle most Christians and non Christians do not realize.

While, “the heart is deceitful”, verse 9 is often quoted, it should always be coupled with verse 10 “I the Lord Search the heart”, as you will soon see.

Whether you agree with modern Psychology or not, it has shown us one thing that is definitely true, the mind is so complicated that often we do not recognize our own motivations. Yet it is here that God shows the most interest.

“For the ways of man are before the eyes of the Lord, and He ponders all his paths.” Proverbs 5:21.

The margins and footnotes in my Ryrie Study Bible state that the word ponders means that God observes, or weighs our paths. The paths are literally, “wagon tracks, habits”, according to Charles Ryrie’s note.

So we could say that this verse tells us that God carefully observes our habits.

“All the ways of a man are pure in his own eyes, but the Lord weighs the spirits.” Proverbs 16:2.

Again according to the footnote, the word spirits relates to “moral character or disposition”. Though we delude ourselves, God knows our heart.

It should be added that our ways are pure in our own eyes because we do the things that we think are right. Note that this is what we think is right, not what God tells us is right.

What we think is right often comes from comparing ourselves with others, rather than Christ who is the perfect model.

“O Lord, You have searched me and known me. You know my sitting down and my rising up; You understand my thought afar off. You comprehend my path and my lying down, and are acquainted with all my ways. For there is not a word on my tongue, but behold, O Lord, You know it altogether.” Psalm 139:1-4.

“How precious also are Your thoughts to me, O God! How great is the sum of them! If I should count them, they would be more in number than the sand; when I awake, I am still with You.” Psalm 139:17-18.

So there you sit in your room, all by your onesies, thinking no one knows I exist, no one cares I exist, yet God is pondering over you! His thoughts of you are as the sand of the seashore!

Consider this; even though this psalm was written by King David, a believer, the words apply to an unbeliever, a non-Christian, or atheist, as well as the Christian.

The Lord may not be your avowed shepherd, but you are never out of His thoughts. You may think that you are worthless, but to God you have infinite value. He created you for a purpose.

“The Lord is my shepherd; I shall not want. He makes me to lie down in green pastures; He leads me beside the still waters. He restores my soul; He leads me in the paths of righteousness for His name’s sake. Yea, though I walk through the valley of the shadow of death, I will fear no evil; for You are with me; Your rod and Your staff, they comfort me. You prepare a table before me in the presence of my enemies; You anoint my head with oil; my cup runs over. Surely goodness and mercy shall follow me all the days of my life; and I will dwell in the house of the Lord forever.” Psalm 23:1-6.

The Lord searches our hearts and minds and He sees the good and the bad. It is God’s desire to lead us, “…in the paths of righteousness for His name’s sake.”

Paths of righteousness are not only paths of peace and safety for us; but they are, “…for His name’s sake” that through seeing the good works of His children, others will be drawn to Him.

This is a sound biblical principle that folks have a grasp of, yet they do not seem to think it applies to them.

Even unbelievers have names for it; many call it karma, others simply say, “What goes around comes around.” Does it?

So it can be said that it is observable; but not always. Gangsters, murderers, unscrupulous business tycoons, corrupt politicians, and so on; seem to thrive, even live to be ninety years old.

What is up with that how is that getting according to their ways? A man named Asaph asked that question.

“Truly God is good to Israel, to such as are pure in heart. But as for me, my feet had almost stumbled; my steps had nearly slipped. For I was envious of the boastful, when I saw the prosperity of the wicked. For there are no pangs in their death, but their strength is firm. They are not in trouble as other men, nor are they plagued like other men. Therefore pride serves as their necklace; violence covers them like a garment. Their eyes bulge with abundance; they have more than heart could wish. They scoff and speak wickedly concerning oppression; they speak loftily. They set their mouth against the heavens, and their tongue walks through the earth. Therefore his people return here, and waters of a full cup are drained by them. And they say, ‘How does God know? And is there knowledge in the Most High?’ Behold, these are the ungodly, who are always at ease; they increase in riches. Surely I have cleansed my heart in vain, and washed my hands in innocence. For all day long I have been plagued, and chastened every morning. If I had said, ‘I will speak thus,’ behold, I would have been untrue to the generation of Your children. When I thought how to understand this, it was too painful for me – until I went into the sanctuary of God; then I understood their end. Surely You set them in slippery places; You cast them down to destruction. Oh, how they are brought to desolation, as in a moment! They are utterly consumed with terrors. As a dream when one awakes, so, Lord, when You awake, You shall despise their image.” Psalm 73:1-20.

We do not see the slippery places in which God puts them, being an observer; even a careful one does not give us all the facts. We cannot know what a person’s phobias or greatest fears are.

Worse yet, verse 19 shown again below, indicates that they are cut off in a moment; with breathtaking speed they go from fame, riches, and the finest delicacies to the pit of hell.

In a moment everything they had accumulated was as if it were all a dream!

“Oh, how they are brought to desolation, as in a moment! They are utterly consumed with terrors.” Psalm 73:19.

This was written approximately three thousand years ago; these men Asaph envied have been in hell that long. Men, who had mocked God, robbed the poor and disdained others, are now miserable, suffering and lowly.

And though it appears as if the Lord is asleep, He will awaken and these same men will see Him on Judgment Day.

“And many of those who sleep in the dust of the earth shall awake, some to everlasting life, some to shame and everlasting contempt.” Daniel 12:2.

Well, we cannot know about others, but we can with the help of the Holy Spirit know a lot about ourselves, and correct bad behavior when we see it.

If God gives to everyone according to their ways, such as pettiness, envy, anger, jealousy, vengefulness, gossiping, unloving or unlovable, and any other sinful character flaw; what does that mean to the one who possesses these qualities?

If God gives to everyone according to the fruit of their doings, their actual works, such as adultery, fornication, selfish ambitions, outbursts of wrath, drunkenness, revelries, even murders or thefts; what does that mean to the one who does any of these things?

“You are great in counsel and mighty in work, for your eyes are open to all the ways of the sons of men, to give everyone according to his ways and according to the fruit of his doings.” Jeremiah 32:19.

“Also to You, O Lord, belongs mercy; for You render to each one according to his work.” Psalm 62:12.

“Do not be deceived, God is not mocked; for whatever a man sows, that he will also reap.” Galatians 6:7.

Perhaps our first task is to take our mind off of the flaws of others and realize that it is we who sin against God. Scripture points these things out in a very powerful way.

“Therefore you are inexcusable, O man, whoever you are who judge, for in whatever you judge another you condemn yourself; for you who judge practice the same things. But we know that the judgment of God is according to truth against those who practice such things.” Romans 2:1-2.