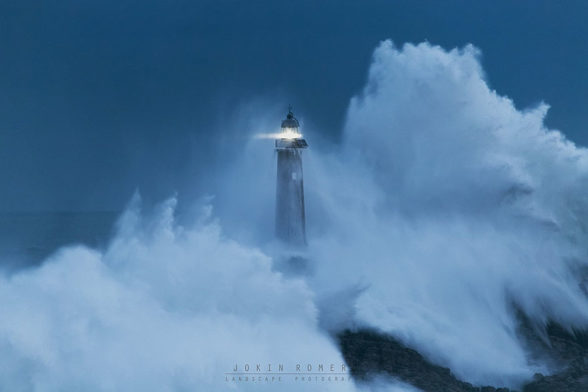 In the book of Luke chapter 15, beginning at verse eleven the account of the Prodigal Son is related by the Lord; please read this when you can for accuracy.

The narrative is as follows, a man has two sons and the younger of them decides that he would like to enjoy his inheritance right away, so he asked his father for his portion of the estate.

The father gave the son his portion; he then left his family went to a far country and squandered it all on prodigal living (prodigal means wasteful).

With no continuing income it is soon gone and he falls on hard times. Jesus then said the following.

“But when he came to himself, he said, ‘How many of my father’s hired servants have bread enough and to spare, and I perish with hunger!’” Luke 15:17.

Just think of it, “when he came to himself”.

Where are you? Have you reached bottom as this young man; are you cut off and lonely as he must have been in a far country without family and friends?

Are you without hope and in despair?

Did you know that the first question that God asked of man is like the above?

This young man knew that he had a father who would care about him, but he had forgotten.

Mankind has a Father, who cares for them, but they have either forgotten or they, knowingly, “suppress the truth in unrighteousness”, as stated in Romans 1:18b.

God asked this question of Adam and He asks it of you, not because He does not know the answer, but because He wants you to answer the question for yourself.

The prodigal son finally came to his senses and returned to his father to apologize to him asking only to be as a hired hand.

This young man made an honest assessment and did an honorable thing, he pleaded with his father for nothing more than servant-hood.

What was his father’s response?

“But when he was still a great way off, his father saw him and had compassion, and ran and fell on his neck and kissed him.” Luke 15:20.

His father must have stood and looked down the road daily longing to see his son, praying for his safety. When he saw him he did not wait for the boy to come and fall at his feet begging for forgiveness.

But the father ran to him, embraced him and kissed him and as he said to the prodigal son’s brother at the end of the chapter.

God the Father longs for your return to Him, for the Scripture says of Him.

“…for the Father Himself loves you, because you have loved Me [Jesus], and have believed that I came forth from God.” John 16:27.“

Therefore, we are ambassadors for Christ, as though God were pleading through us: we implore you on Christ’s behalf, be reconciled to God. For He made Him who knew no sin to be sin for us, that we might become the righteousness of God in Him.” 2 Corinthians 5:20-21.

This message is for both those who do not know Christ and the Christian who has taken his riches in Christ and squandered them.

A reasonable question you may ask yourself (though it may never have been articulated, so to speak, in your thoughts) is, “Why turn to a God I cannot see or hear, other than to avoid going to hell”?

Glad you asked! As discussed in other articles, eternal damnation in the lake of fire is a good thing to avoid. The question however, is not how to avoid this but rather, having a relationship you can feel with the Creator of all that exists, though you cannot see Him.

Understand that this is not an invisible friend like some children have nor is it a kind of Christian nirvana.

This is not an easy thing and many Christians have not lived a life close to God, though it was within their grasp and would only have required diligence on their part.

To get to this you have to go through a door. Jesus said.

And later He made this statement.

So Jesus presents Himself as the door and the way, a doorway if you will. How do you get from one room to another?

Well you go through the doorway. And so to get from earth to heaven there is only one doorway, Jesus Christ, the Lamb of God.

Let us look at another door. Speaking to the church of Laodicea, Jesus said the following.

“Behold, I stand at the door and knock. If anyone hears My voice and opens the door, I will come into him and dine with him, and he with Me.” Revelation 3:20.

Look again at the last phrase of John 10:9, (quoted earlier) you will see that a person is not only saved when they accept Christ as Savior, but they “will go in and out and find pasture”.

Going in and out and finding pasture means you will have a freedom and peace in life that you did not have before. No longer will you be enslaved to superstition or onerous church duties or worrying whether you are going to hell or not because of some perceived infraction.

You will no longer be frightened by the world around you and in fact you will see it as it really is. This is what the Lord meant when He said.

“Therefore if the Son makes you free, you shall be free indeed.” John 8:36.

The thought is similar in the last phrase of Revelation 3:20 (quoted earlier), the Lord tells those who answer the door that He will come into them and they will dine together, that is, they will have fellowship, a relationship.

He confirms our salvation see 1 John 3:24. He is our teacher see 1 John 2:27. In short Jesus is closer to you than your next breath.

And as it says in Hebrews 13:5b, “I will never leave you nor forsake you”.

Now there are Christians who will say that this last statement is untrue, that He did leave them and He forsook them. I will ask you the question yet again, where are you?

Too many Christians just buy the fire insurance and think that this is all there is to life and they go on their merry way.

“And another also said, ‘Lord, I will follow You, but let me first go and bid them farewell who are at my house.’ But Jesus said to him, ‘No one, having put his hand to the plow, and looking back, is fit for the kingdom of God.’” Luke 9:61-62.

Jesus is telling him here that he needs to focus on his new life in Christ and not go back to the way things were before.

The picture of the plow here is a good example of what He meant; the farmers who used to plow in this way would fix their eyes on some point in front of them and head for it, this insured a straight furrow.

The Christian has no business going back to his old lifestyle, instead, fixing our eyes on Jesus we move forward. In this manner we avoid becoming mired in this dying world.

To go back to his old lifestyle does not mean to forsake friends and family or a legitimate occupation, but rather to forsake promiscuity, vile language, or drugs, bars and the like where you are likely to be sucked back into evil and worldliness.

How do you fix your eyes on Jesus? First you have to learn more about Him, this is done by reading your Bible, the only place you will get accurate information about Him.

If you have not found a good fundamental church in your neighborhood, find one and if it does not teach you about the Jesus you read about in the Bible, find another one, look until you do.

Make Christian friends and associate with them. Pray to God always for help understanding the Scriptures, for help in finding His church, and the right friends. And pray for those around you.

“He [Jesus] was in the world, and world was made through Him, and the world did not know Him. He came to His own, and His own did not receive Him. But as many as received Him, to them He gave the right to become children of God, even to those who believe in His name…” John 1:10-12.

Consider this carefully, no matter who you are or where you are you can become an actual child of God, that is a child of God, not a stepchild, not a foster child, not as someone unwanted that no one else would take, but an actual well beloved child of the living God.

Does no one understand you? Well look at Jesus, the verse above says that He came into this world which He created and this world did not know Him.

“All things were made through Him [Jesus], and without Him nothing was made that was made.” John 1:3.

He understands what it is like not to be recognized for the good things you do. Scripture also says that He was rejected by His own people.

“He is despised and rejected by men, a man of sorrows and acquainted with grief. And we hid, as it were, our faces from Him; He was despised, and we did not esteem Him.” Isaiah 53:3.

Can you talk to someone like this? Do you think He would listen and understand?

“And Jesus said to him, ‘Foxes have holes and birds of the air have nests, but the Son of Man has nowhere to lay His head.’” Luke 9:58.

Homeless, sleeping out in the cold, even on the day of His birth there was no room at the inn, so He was born in a stable.

God in the form of a man, do you think He would look down His nose at you as you cry out for help, or would He take you up in His arms and comfort you?

“And when they had come to the place called Calvary, there they crucified Him, and the criminals, one on the right hand and the other on the left”, Luke23:33.

Utterly alone in agony, hanging between heaven and earth, nailed in the cruelest manner to crosspieces of rough hewn wood. Can there be despair like this?

How many people have ended their own lives out of sheer desperation not knowing that this same Jesus was reaching out to them just as He reaches out to you?

This life is not a dead end; it is a beginning in Christ. Where are you?

As an addendum, please understand that often depression and suicidal thoughts are physical in their origin and should be dealt with by a physician who can test for these things and prescribe medication.

This can be said without refuting any of the things mentioned in the body of this text. Whether things are handled with Christ and medication or just Christ, the constant is Christ.

To put this in perspective, if you break your leg and the bone is sticking out; you do not just lie there and pray God to fix it.

Rather you do everything to get to a doctor and pray for God’s help in getting there and wisdom for the doctors in attendance.

These chemical imbalances in the body though unseen can be just as painful and deadly.