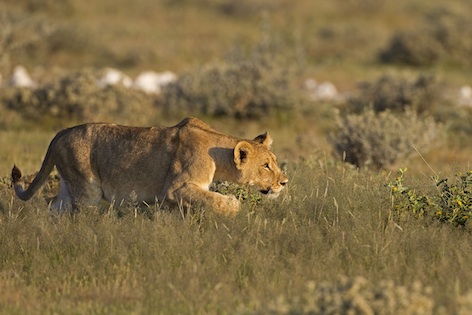 “Woe to her who is rebellious and polluted, to the oppressing city! She has not obeyed His voice, she has not received correction; she has not trusted in the Lord, she has not drawn near to her God. Her princes in her midst are roaring lions; her judges are evening wolves that leave not a bone till morning. Her prophets are insolent, treacherous people; her priests have polluted the sanctuary, they have done violence to the law.” Zephaniah 3:1-4.

Verses one and two above were covered in the post entitled, “The Tyrannical City” on 7-31-20, they have been included here to maintain context. We begin then with verse three.

“Her princes in her midst are roaring lions; her judges are evening wolves that leave not a bone till morning.” Zephaniah 3:3.

One translation from 1862 gives this first phrase as “Her heads in her midst are roaring lions”.

This gives us the idea that it is not just princes that this can apply to, but the heads of any country, whether, chief, king, president, or congressmen.

One commentary narrows it down further by saying that it is not necessarily blood relative princes but people in authority such as the Sanhedrin, lenders, and tax collectors, graft of every sort.

“The people of the land have used oppressions, committed robbery, and mistreated the poor and needy; and they wrongfully oppress the stranger.” Ezekiel 22:29.

When one thinks of a roaring lion the verse in 1 Peter comes to mind. Coupled with that verse the meaning of roaring lions becomes clearer.

“Be sober, be vigilant; because your adversary the devil walks about like a roaring lion, seeking whom he may devour.” 1 Peter 5:8.

It has been said that when a lion becomes too old to hunt he will roar about in an attempt to drive the prey into the jaws of the hunters.

This certainly applies to Satan because he has been rendered powerless by his defeat at the foot of the cross of Christ. However that does not mean that he cannot frighten and confuse the unsaved folks and too often Christians themselves.

By his roaring and through those who have allied themselves to him Satan is able to drive the unfortunates into the jaws of his hoard of demonic fallen angels.

Consider for instance the effect of a constant barrage of fear mongering about Covid-19 piped in by the media to citizens imprisoned in their homes to increase the fear and panic of its spread.

These princes then are first and foremost serving the devil when they go about as roaring lions. They think they are enriching themselves but all they are doing is the grunt work of destroying lives for Satan; then they too will slide into hell with their victims.

These princes allowed the various shameful scandals that occurred during the last administration when they encouraged the Internal Revenue Service’s bias against Christian groups, rejection of Tea Party applications for tax exemptions, harassment by the EPA and the FBI of Tea Party groups, often bankrupting them.

NSA spying on citizens, the Central Intelligence Agency’s leaks and loss of 6 billion dollars (vanished) in Iraq, and the Justice Department’s lack of interest in justice will make a good start.

Many of these activities have not ceased, nor have the malefactors been taken to justice. This country needs your continual prayers to stop this madness.

Over the years some American presidents and politicians have been consistently working to weaken this country by giving billions of dollars to countries who hate us.

By ignoring existing immigration laws which were designed to protect our citizens and ensure that new immigrants are here because they want to adopt this country as their own, not destroy it.

Socialists/communists in government want to tax Americans more to pay for their socialist agenda of creating more welfare recipients who will vote for them.

The income tax itself was created by these people in an effort to spread the wealth around more evenly, yet it created nothing but a huge money toilet to waste on failed agendas.

They now go about as roaring lions, warning us that if we go back to an earlier America that political correctness, women’s rights, race relations, diversity, prosperity and safety will cease to exist.

Liberals chant that homophobia, Islamophobia, xenophobia, government breakdown, gun violence, white supremacy, and especially Christianity will explode across the country and annihilate the socialist who only want peace.

“Therefore I exhort first of all that supplications, prayers, intercessions, and giving of thanks be made for all men, for kings and all who are in authority, that we may lead a quiet and peaceable life in all godliness and reverence.” 1 Timothy 2:1-2.

This country is falling into the same trap as Jerusalem. This is not the first time God had warned Israel of these sins which she practiced.

“Her princes in her midst are like wolves tearing the prey, to shed blood, to destroy people, and to get dishonest gain.” Ezekiel 22:27.

Princes in this case may still mean various powerful officials. However, in this case they are likened to wolves not roaring lions. They are wolves tearing the prey.

You can almost see the violence in these words indicating the ravenous gluttony in which they pursue dishonest gain. The more corrupt a country becomes, the easier it is to eviscerate the poor, the widow, the orphan, and the stranger.

“Her judges are evening wolves that leave not a bone till morning.” Zephaniah 3:3b.

These wolves, who dare not hunt during the day, attack and kill their prey in the evening. By this time they are so ravenous that they consume flesh, blood and bone leaving nothing for the next morning. The passage in Ezekiel 22 earlier gives us a good idea of the violence of these creatures.

“Her heads judge for a bribe, her priests teach for pay, and her prophets divine for money. Yet they lean on the Lord, and say, ‘Is not the Lord among us? No harm can come upon us.’” Micah 3:11.

“They all lie in wait for blood; every man hunts his brother with a net. That they may successfully do evil with both hands – the prince asks for gifts, the judge seeks a bribe, and the great man utters his evil desire; so they scheme together.” Micah 7:2a-3.

These corrupt judges are all about bribery, whether it is for money, a promise of more power, or their allegiance with the agenda of the plaintiffs in the case, even prestige, even sexual favors. If none of them are righteous, what hope does the poor, the widow, orphan, or stranger have?

Anything that keeps them from judging righteously will be shouted from the rooftops when they stand before the Judge of the whole earth.

This country has federal judges who refuse to rule according to the Constitution; rather they prefer to make law from the bench.

Years ago when California passed Proposition 8, a prohibition against homosexual marriage, it was contested over, and over, until it came before a federal judge, who overran the will of the people and vacated the law.

Later it was found that the judge was himself a homosexual who had a consort living with him, giving him a vested interest in this case. All you need in this country is to find a leftist judge who will rule in favor of immorality.

Even now we have unrighteous federal judges who have ruled against legal immigration limitations on dangerous Muslim countries which former administrations have used without contest. In these cases it is all about the socialist agenda and power.

Whether you agree with me here is not the question, the point is that the United States Constitution is being shredded little by little to take away the rights of the individual and place power into the hands of a few self styled elitists.

Though the following verse has been repeated so often it has become trite to some, it does not make it any less true, especially since it is the word of God.

“…if My people who are called by My name will humble themselves, and pray and seek My face, and turn from their wicked ways, then I will hear from heaven, and will forgive their sin and heal their land.” 2 Chronicles 7:14.

While the world is gripped in this politically correct insanity, there is no reason why America cannot break free from it.

The above passage was given to Solomon after the dedication of the temple, but there is no reason for Christians not to take this promise as their own.

“…if My people who are called by My name” at that time God’s people were Israelites, at this point in time they are Christians, at no time did this include godless Christ rejecters.

Very soon, God’s people, Israel will call upon Him again and turn the world upside down.

“…will humble themselves, and pray and seek My face” most Christians only get this far and stop, but there is more “…and turn from their wicked ways”.

Many Christians think that this humbling, praying, and turning from their wicked ways, refers to everyone, including the ungodly, it does not. How can God listen to men who have rejected Him? And why would they pray to Him?

This phrase, “…turn from their wicked ways” refers to Christians who do many of the things that the ungodly do.

If Christians do not cease doing the same things that ungodly sinners do they are not fulfilling the requirements of the verse. Should God hear folks who ignore the things that He says?