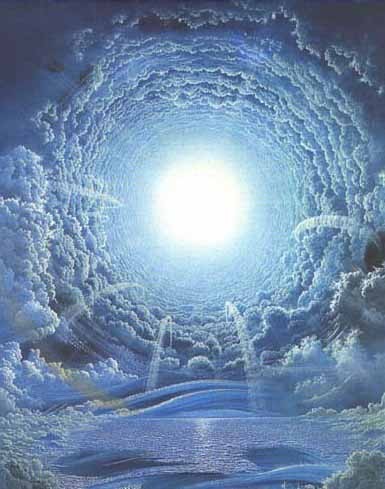 While the rapture of the church is anticipated by Christians all over the world there is a great deal of confusion about it, both by believers and those who reject Christ. Yet, it is vital that you understand it right now.

The rapture of the church is important because those involved in it will not enter the period known as the tribulation nor will they stand condemned before the great white throne on Judgment Day at the end of time.

As it stands now the sequence of events will progress in this manner. For nearly two thousand years we have been in what is called the church age, also known as the age of grace.

At the end of this period the rapture (removal) of all Christians from the earth will terminate the church age.

Afterward when Israel signs a seven year treaty with a coming world leader, referred to as the beast in Scripture, it will usher in a time that was prophesied long ago known as the tribulation, a period of seven years duration.

After seven years of catastrophic horror Christ will return to the earth to reign for a thousand years of peace and righteousness.

At the end of that period there will be a short rebellion led by Satan which quickly ends in the death of the rebels and is followed by Judgment Day.

And then God will create a new heavens and a new earth bringing us to the end of time, the eternal state.

This is the condensed conservative view, but be prepared to have some people, even conservative Christians, disagree with you if you hold with this teaching.

Always remember that it is unlikely that you will find any two Christians who agree on every point of prophecy, so do not be dogmatic to the point of division among brothers and sisters in Christ, unless the disagreement is over a basic doctrine of the faith, such as the deity of Christ (this is not negotiable).

There are those who will tell you that the word rapture does not occur in Scripture. This is just an effort to muddy the water since liberal theologians and other unbelievers will tend to try to confuse an issue rather than deal with it from a literal practical standpoint.

They are right by the way, it is not mentioned in the Bible; the word rapture comes from a Latin word which could be translated as, “to catch up, or to catch away”, see the Scripture below.

“Then we who are alive and remain shall be caught up together with them [those who have died] in the clouds to meet the Lord in the air.” 1 Thessalonians 4:17a.

The Greek word harpazo means, to snatch or catch away (caught up together). Do not let these little rabbit trails distract you from going after the prize.

The fact that there is actually going to be a rapture is documented in Scripture.

“Let not your heart be troubled; you believe in God, believe also in Me [Jesus]. In My Father’s house are many mansions; if it were not so, I would have told you. I go to prepare a place for you. And if I go and prepare a place for you, I will come again and receive you to Myself; that where I am, there you may be also.” John14:1-3.

Now it is true that this is not very clear, but we are not done yet. Most folks focus on the many mansions part of this verse, and miss the last sentence, “I will come again and receive you to Myself; that where I am, there you may be also”.

Notice that we have a promise from the Lord Himself. The question arises, how and when is He going to come and get us?

“Behold, I tell you a mystery: we shall not all sleep, but we shall all be changed – in a moment, in the twinkling of an eye, at the last trumpet. For the trumpet will sound, and the dead will be raised incorruptible, and we shall be changed. For this corruptible must put on incorruption, and this mortal must put on immortality. So when this corruptible has put on incorruption, and this mortal has put on immortality, then shall be brought to pass the saying that is written: ‘Death is swallowed up in victory.’ ‘O death, where is your sting? O Hades, where is your victory?’ The sting of death is sin, and the strength of sin is the law. But thanks be to God, who gives us the victory through our Lord Jesus Christ.” 1 Corinthians 15:51-57.

Paul starts with a mystery. This is not the mystery novel type of a mystery, nor is it the pagan mystery religion idea where the initiate is given certain secrets to keep. God’s mysteries are given freely to all in the church.

A Biblical mystery is something that has not yet been revealed. For instance, Old Testament saints had no knowledge of a rapture, or the church, or the bride of Christ, or any of several other new concepts given in the New Testament.

You can see this in Martha’s response to Jesus after the death of her brother Lazarus (see Martha and Mary, Luke 10:38-42).

Martha knew of a resurrection, but she believed it would occur “at the last day”. She thought this because the mystery had not yet been revealed.

The sad part here is that most of the population of the entire earth is expecting some sort of general resurrection at the end of time and have no concept of the mystery.

“Behold, I tell you a mystery: We shall not all sleep, but we shall all be changed – in a moment, in the twinkling of an eye, at the last trumpet. For the trumpet will sound, and the dead will be raised incorruptible, and we [who are alive] shall be changed.” 1 Corinthians 15:51-52.

A good proof text for this is John 11:11-14. A portion of Jesus’ words to His disciples is shown below.

“Our friend Lazarus sleeps, but I go that I may wake him up.” Then His disciples said, “Lord, if he sleeps he will get well.” However, Jesus spoke of his death, but they thought that He was speaking about taking rest in sleep.” John 11:11b-13.

But we will be changed, please read all of 1 Corinthians 15 for context and more information.

We will be changed “in a moment, in the twinkling of an eye”, the moment of this staggering transformation is instantaneous, one moment you are sickly, or deaf, blind, ill, in prison, or riding in a limousine, the next moment you are in an eternal glorified body.

“In the twinkling of an eye”; for a very long time I thought this was the glistening of light on the shiny wet part of the eye, just a glint of a sparkle; some have said that it is a blink of an eye.

But, have you ever met a good friend you have not seen for a while in a place like a supermarket. Perhaps they have grown a beard, or shaved it off, or maybe they have colored their hair, or have a tan; when you look at them, the moment of recognition is a twinkling of an eye.

The transformation of our bodies takes an instant, “in a moment”, and a twinkling of an eye is the moment of recognition, “This is it!”

“For this corruptible [the dead] must put on incorruption, and this mortal [the living] must put on immortality.” 1 Corinthians 15:53.

As we will soon see, the order is always the same, the dead in Christ rise first, and then those who are alive at that time are changed (“put on immortality”).

“But I do not want you to be ignorant, brethren, concerning those who have fallen asleep, lest you sorrow as others who have no hope. For if we believe that Jesus died and rose again, even so God will bring with Him those who sleep in Jesus. For this we say to you by the word of the Lord, that we who are alive and remain until the coming of the Lord will by no means precede those who are asleep. For the Lord Himself will descend from heaven with a shout, with the voice of an archangel, and with the trumpet of God. And the dead in Christ will rise first. Then we who are alive and remain shall be caught up together with them in the clouds to meet the Lord in the air. And thus we shall always be with the Lord. Therefore comfort one another with these words.” 1 Thessalonians 4:13-18.

While it is obvious that the dead are those who have accepted Christ as their Savior, it will not hurt to emphasize this in the verse. Notice the second sentence, “For if we believe that Jesus died and rose again”; this is the gospel of Jesus Christ:

It is clear here that this rapture is for Christians only; the resurrection of the ungodly out of hell occurs at the end of time.

“And I saw thrones, and they sat on them, and judgment was committed to them. And I saw the souls of those who had been beheaded for their witness to Jesus and for the word of God, who had not worshiped the beast or his image, and had not received his mark on their foreheads or on their hands. And they lived and reigned with Christ for a thousand years. But the rest of the dead did not live again until the thousand years were finished. This is the first resurrection. Blessed and holy is he who has part in the first resurrection. Over such the second death [eternal separation from God] has no power, but they shall be priests of God and of Christ, and shall reign with Him a thousand years.” Revelation 20:4-6.

A second confirmation that those who have died in Christ will rise before those who are still living at that time is in 1 Thessalonians 4:15, “…we who are alive and remain until the coming of the Lord will by no means precede [go before] those who are asleep.”

And this startling event continues to unfold as follows.

“Then we who are alive and remain shall be caught up together with them in the clouds…” 1 Thessalonians 4:17a.

There will be a time in the clouds when we will have a joyful reunion with deceased loved ones, then we will, “…meet the Lord in the air.”

“And thus we shall always be with the Lord. Therefore comfort one another with these words.” 1 Thessalonians 4:17b-18.

I owe this lovely explanation of these verses in 1 Thessalonians 4:17-18 to Tim LaHaye from his book “The Beginning of the End”.

If you are studying the book of Revelation, one of the best (and most readable) commentaries you will find is, “Revelation Unveiled”, also by Tim LaHaye.

There is also a study on the book of Revelation at this site beginning on 9-10-16.

The Apostle Paul, also reaffirms that this is God’s word, not his own.

To put this more bluntly, “This is not something I am making up, Jesus Himself told me.”

With this brief layout of the how of the rapture, let us take up the when in the next post of “On the Rapture”.