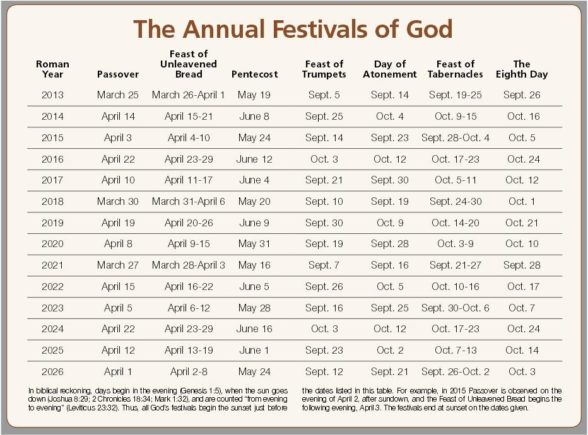 “Jesus answered them and said, ‘My doctrine is not Mine, but His who sent Me. If anyone wants to do His will, he shall know concerning the doctrine, whether it is from God or whether I speak on My own authority.’” John 7:16-17.

“If anyone wants to do His will…” that is the first criterion, what is the heart attitude of the hearer. This takes us back to the passage quoted below.

“And they shall all be taught by God. ‘Therefore everyone who has heard and learned from the Father comes to Me.’” John 6:45.

The sincere heart who desires the Father’s will, not only hears God but learns from Him, and having learned from God, they can test the words of Jesus to know whether He speaks for God or for Himself as a man.

“He who speaks from himself seeks his own glory…” John 7:18a.

This is the center of this question, who is being glorified, God or the speaker?

There is nothing wrong with admiring a speaker; however, it should be a good teacher who exalts God in Christ, their priorities will be in good order and they will always give God the glory for their abilities.

“Beloved, do not believe every spirit, but test the spirits, whether they are of God; because many false prophets have gone out into the world.” 1 John 4:1.

The false teacher will be watering down the gospel of Jesus Christ and drawing attention to himself, while putting on a face of false humility. Always, always, who is being glorified God or the speaker?

“…but He [Jesus] who seeks the glory of the One who sent Him is true, and no unrighteousness is in Him.” John 7:18b.

In this Jesus confirms that it is the Father that He is glorifying and asserts His own Messianic authority.

Now the last phrase, “no unrighteousness is in Him” is a little like lighting a stick of dynamite, putting it in your back pocket and continuing your dialogue. You are about to learn a painful lesson!

When a person makes a boast, there is always someone who will take you up on that boast.

In 1987, Gary Hart was the front runner in the race for the Democratic nomination to run for president. In April of that year rumors of infidelity began to spread, and in a magazine interview in early May he challenged the media to follow him around if they wanted to, stating that they would be very bored.

Meanwhile, before the article was published two reporters staked out near the place he was staying, and observed a young lady, later identified as Donna Rice, leaving. The article describing this indiscretion was published coincidentally on the same date as Mister Hart’s challenge. Within one week he withdrew from the race.

Jesus was so bold as to make such a statement referring to Himself as One who has, “…no unrighteousness is in Him.” He took this a step further when He stated.

Finding sin in Jesus’ life should have been ridiculously simple, because He said of Himself later on.

“Foxes have holes and birds of the air have nests, but the Son of Man has nowhere to lay His head.” Luke 9:58.

Jesus spent His entire ministry living outdoors, or staying at someone’s home. If He had committed any sin, someone would have jumped on it immediately. This is an interesting case of your enemies being your best witnesses.

After telling the crowd that His only intent is to glorify the Father and stating that He had committed no unrighteousness, without that statement being challenged. Jesus goes on to tell the people that if they do not keep the law themselves, why would they, want to kill Him for supposedly breaking the law.

It is evident that this crowd is from out of town because they do not know of the intent of the religious leaders to kill the Lord, only that they would be cast out of the synagogue if they believed in Him.

This lack of knowledge is cleared up in John 7:25 when some who are from Jerusalem ask this question:

Still, the fickleness of this crowd is demonstrated when they go from marveling at Jesus’ words to the crassest of blasphemous remarks next.

Again this takes us back to John 5:1-18 regarding the healing of the infirm man at the pool of Bethesda, third of the seven attesting miracles brought out in this gospel.

“Jesus said to him, ‘Rise, take up your bed and walk.’ And immediately the man was made well, took up his bed, and walked. And that day was the Sabbath.” John 5:8-9.

One of the reasons the healing of the infirm man stands out is that apparently Jesus did not return to Jerusalem until this Feast of Tabernacles, a year and a half later. It is during this year and a half period that Jesus ministered in the regions of Galilee and surrounding areas.

The curiosity is that there is a Passover in between these two events, yet there is no notice of Him going to it in any of the gospels. If this were so, it would be the only one He had missed in His life.

Chronologically the Passovers of His ministry are; the first, cleansing of the Temple, John 2:13-22, second, healing of the lame man at pool of Bethesda, John 5:1-47, the third, occurs around the same time of the feeding of the 5000, John 6:1-14, yet there is no reference to Him going to this one in any of the gospels, fourth and last leads to the crucifixion, John 12:12-19.

“After these things Jesus walked in Galilee; for He did not want to walk in Judea, because the Jews sought to kill Him. Now the Jews’ Feast of Tabernacles was at hand.” John 7:1-2.

There is nothing to indicate that Jesus attended the Passover mentioned in John 6:3 all the way through to the passage in John 7:1-2.

Some of this information is taken from a chart of the Lord’s ministry in the back of my Ryrie Study Bible, published by Moody Press.

The translation, “The Life of Christ in Stereo” by Johnston M. Cheney; a harmony of the four gospels, also does not include anything about the third Passover. This book was published by the Western Baptist Press; whether it is still in print is unknown.

Whether the Lord had attended this third Passover without it being noted in the Bible, or if He had not attended, it might explain the constant references to the healing of this lame man in Jerusalem during the second Passover.

Men continually plot against Jesus, deny His rightful title as Messiah, even accuse Him of having a demon, and of doing His miracles by the power of Beelzebub, lord of the flies. But it is God who rules from heaven and His will shall be done.

“Who is this who darkens counsel by words without knowledge?” Job 38:2.