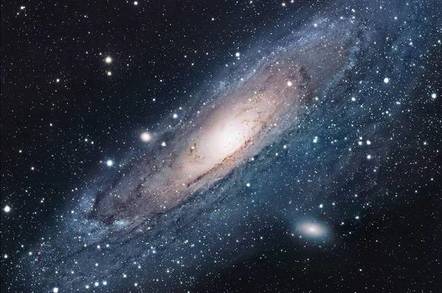 “But I saw no temple in it, for the Lord God Almighty and the Lamb are its temple. And the city had no need of the sun or of the moon to shine in it, for the glory of God illuminated it, and the Lamb is its light. And the nations of those who are saved shall walk in its light, and the kings of the earth bring their glory and honor into it. Its gates shall not be shut at all by day (there shall be no night there). And they shall bring the glory and the honor of the nations into it. But there shall by no means enter it anything that defiles, or that causes an abomination or a lie, but only those who are written in the Lamb’s Book of Life.” Revelation 21:22-27.

The above is given to maintain context and is the end of chapter 21, we now continue into Revelation chapter 22.

“And he showed me a pure river of water of life, clear as crystal, proceeding from the throne of God and of the Lamb. In the middle of its street, and on either side of the river, was the tree of life, which bore twelve fruits, each tree yielding its fruit every month. And the leaves of the tree were for the healing of the nations. And there shall be no more curse, but the throne of God and of the Lamb shall be in it, and His servants shall serve Him.” Revelation 22:1-3.

This river brings to mind some very interesting passages; most important of which is this.

“Husbands, love your wives, just as Christ also loved the church and gave Himself for it, that He might sanctify and cleanse it with the washing of water by the word…” Ephesians 5:25-26.

The preeminence of God’s word to mankind is further shown in this familiar verse quoted by Jesus.

“…It is written, ‘Man shall not live by bread alone, but by every word that proceeds from the mouth of God.’” Matthew 4:4.

Finally, the tremendous importance of the word of God is highlighted by this statement.

It is the word of God that brings a person to saving faith and it is the washing of the water of the word that perfects their Christian walk.

The conclusion here is that the river in the new heaven and the new earth, while very real, is also symbolic of the word of God and its ongoing process of making us even holier throughout eternity, if that could be imagined.

A secondary and equally fascinating description is in Ezekiel; and while it must be emphasized that this description concerns the millennium and not the eternal state, the similarities are striking. The temple will be rebuilt during the millennium and it is this temple that is mentioned in the following passage.

This river will flow into the Dead Sea and even sweeten its waters so fish can live in it, everywhere it goes the waters will abound with fish. Trees will grow on its banks, the fruit of which is for food and the leaves have healing properties.

Beginning at the millennial temple the river becomes deeper and deeper every 1500 feet until it is a river that could not be crossed. During the millennium the river originates at the temple where the glory of God resides.

In the eternal state it will originate where God Himself dwells, in the New Jerusalem.

In the millennium the water of the word of God will refresh and bring life to all it comes to, just as the literal river from the temple will.

In the New Jerusalem the “pure river of the water of life” will be savored by all the saints in the eternal state who already have life eternal.

“The tree of life” is the same as the one in the Garden of Eden.

“And out of the ground the Lord God made every tree grow that is pleasant to the sight and good for food. The tree of life was also in the midst of the garden, and the tree of the knowledge of good and evil.” Genesis 2:9.

It is of this tree that man was banned from eating after Adam sinned, yet now in the eternal state, not only can one partake of its fruit, but there are many trees, not just one.

And they bear different fruits every month, indicating that days and months will still exist. It does not say that the fruit gives life. Not surprisingly since everyone will already possess irrevocable eternal life with God the Father.

It will be a reminder that the privilege which was lost by man in the garden was reinstated by the sacrifice of Christ at the cross.

We have seen in Ezekiel 47 above that the fruit of the millennial trees were for food, and the leaves were for medicine.

Here in Revelation, the Greek transliteration for healing is therapeia which relates to curing, healing, so it is difficult to assess the meaning in a perfect environment.

Unless the leaves are to remind the nations that while they have an identity, they are all one, not separate as they are today.

There are those today who believe in a world without borders, but due to the sin nature there will be despots who will want to wipe out national identity and inflict their own will.

When you have a unified world as it was in ancient Babylon, the tendency will always be to rebel against God and this rebellion will always bring death and misery to Christians and dissention among the nations who cling to their own culture.

Italians are not Germans, French are not Hungarians, nor are the Spanish, Chinese. They can be friends or allies but even though they are sons and daughters of Adam and Eve there will be language and cultural barriers, and a love for their own people.

Within the body of Christ all Christians are one, and black, white or brown none are inferior, but it will not be until eternity when this will be truly a peaceful brotherhood.

“Do not lie to one another, since you have put off the old man with his deeds, and have put on the new man who is renewed in knowledge according to the image of Him who created him, where there is neither Greek nor Jew, circumcised nor uncircumcised, barbarian, Scythian, slave nor free, but Christ is all and in all.” Colossians 3:9-11.

“When I was a child, I spoke as a child, I understood as a child, I thought as a child; but when I became a man, I put away childish things. For now we see in a mirror, dimly, but then face to face. Now I know in part, but then I shall know just as I also am known.” 1 Corinthians 13:11-12.

When all the redeemed enter the eternal state, they shall see the exact meaning of the healing leaves.

Until then we must not stretch the information we have to interpret the meaning of the leaves being for “the healing of the nations”, beyond this can lead to dangerous speculation.

“And there shall be no more curse”, the curse referred to here is the one put upon the earth in the garden.

“Cursed is the ground for your sake; in toil you shall eat of it all the days of your life. Both thorns and thistles it shall bring forth for you, and you shall eat the herb of the field. In the sweat of your face you shall eat bread till you return to the ground, for out of it you were taken; for dust you are, and to dust you shall return.” Genesis 3:17b-19.

In this entire dialogue in Genesis 3, the serpent is cursed, Satan is told that he will be defeated, the woman is to have pain in childbirth, and she will be in subjection to her husband; all of these things will have come to a conclusion by judgment day.

In the eternal state they will no longer exist and the latter part quoted above will have no place in eternity, things like thorns and thistles, and the ground not yielding its full bounty, all of these miseries of the old earth will cease eternally.

God told Adam that “Cursed is the ground for your sake”, while it does not seem that God has done him any favors, the truth is that man needs work, and adversity too, in order to keep him focused on reality.

Otherwise without these things man turns to folly and a life of uncaring ease. You need only look at the idle rich to see this, while we all envy them, most do not know what to do with themselves.

“…the throne of God and of the Lamb shall be in it, and His servants shall serve Him”, you see, even though there is no curse, there will still be purpose, as God’s servants they shall serve Him.

While we have, or have had jobs that we disliked for one reason or another, it can safely be said that if we had a job that fit our personality, and that we enjoyed, it would not be work at all, and even the challenges would be very satisfying.