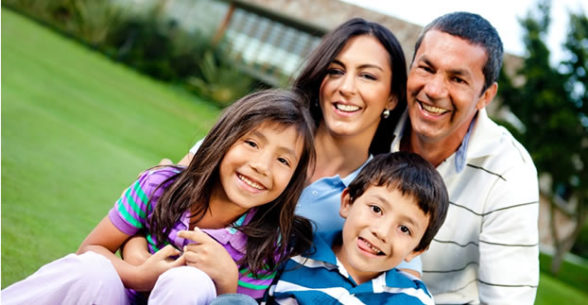 “And you have forgotten the exhortation which speaks to you as to sons: ‘My son, do not despise the chastening of the Lord, nor be discouraged when you are rebuked by Him; for whom the Lord loves He chastens [disciplines], and scourges every son whom He receives.’ If you endure chastening, God deals with you as with sons; for what son is there whom a father does not chasten? But if you are without chastening, of which all have become partakers, then you are illegitimate and not sons. Furthermore, we have had human fathers who corrected us, and we paid them respect. Shall we not much more readily be in subjection to the Father of spirits and live? For they indeed for a few days chastened us as seemed best to them, but He for our profit, that we may be partakers of His holiness. Now no chastening seems to be joyful for the present, but painful; nevertheless, afterward it yields the peaceable fruit of righteousness to those who have been trained by it.” Hebrews 12:5-11.

Children need to be disciplined, like it or not, and it is unpleasant, but this is not a perfect world.

You must reject the ideas of the politically correct, child psychologists, and every nattering nabob who considers themselves experts on child rearing.

“Foolishness is bound up in the heart of a child; the rod of correction will drive it far from him.” Proverbs 22:15.

Some folks take this to mean that you need to paddle a child senseless in order to drive foolishness out of them. But it is up to the parent to understand the magnitude of the problem.

One woman’s wise advice to me when we had our first child was to “major on the major and to minor on the minor”.

In other words understand if this is a big problem that needs major correction, like stealing; or a minor problem like not sharing a crayon.

It is also true that spanking some children just creates a more stubborn attitude and bitterness.

If this becomes apparent, then change your tactics to something like time outs, or restrictions, or something which deprives the child of something they like and will not wish to lose again.

Whatever the case may be it is up to the adult to take action against bad behavior.

“Train up a child in the way he should go, and when he is old [or mature] he will not depart from it.” Proverbs 22:6.

There is a point to be made about the quote from Hebrews 12 earlier and it is something every child and adult should know.

When our parents chastened us (corrected or disciplined us) we had a privilege taken away, a time out, were grounded, or had our rear ends warmed. Those were pretty much the limits for good parents.

However, when God disciplines us, He can break our legs, take away our employment, or take us within an inch of dying. He does these things because He knows what will bring us to maturity as Christians.

Sad but true and enough to make a good liberal wring their hands and cry out that a good God would never do that. But God is God, He is sovereign, just, and always does what is best for us.

“And we know that all things work together for good to those who love God, to those who are the called according to His purpose.” Romans 8:28.

The moral is this: parents, father and mother, need to teach, and children need to learn right and wrong while they are still at home; lest when they become adults the lessons become a little more harsh.

“Chasten your son while there is hope, and do net set your heart on his destruction.” Proverbs 19:18.

“…do not set your heart on his destruction” means that if you do not correct your child when they misbehave it is the same as destroying them. Undisciplined children grow up to be undisciplined adults.

This is a recipe for disaster and heartbreak, we all love our children and these are hard words, but wise consistent discipline will keep a loving relationship between you both alive for a lifetime. The following verse also has the same meaning.

“He who spares his rod hates his son, but he who loves him disciplines him promptly.” Proverbs 13:24.

The verses in Hebrews 12 also tell us that it is Christians that God disciplines, not unbelievers.

The problem is that unbelievers go through tremendous trials caused by their own sinfulness and blame God for them. Often they are from God, sent to wake them up and turn to Him for salvation in Christ.

There are many times when the calamity comes upon the unbeliever because they have broken a universal principle which God has set up. The principle that you reap what you sow found in Galatians 6:7 does not just apply to some fools; it applies to everyone on this earth.

“Do not be deceived, God is not mocked; for whatever a man sows, that he will also reap.” Galatians 6:7.

Just as you would expect to fall to your death if you jumped off a cliff unaided. You know that it is because of the law of gravity that this would happen.

No sane person steps to the edge of a cliff and thinks of themselves as an exception. In the same manner no one should disobey the principle of reaping what you sow.

This is so well known that it is mistakenly called karma in eastern religions, and folks often say what goes around comes around. However they never examine their own lives to see if some problem they are having in their life is merely reaping the thing that they have sown.

If you are having some severe difficulty in life I suggest that you prayerfully see if there is some connection to the things you have done. Maybe yes, maybe no, but it is worth the effort with the chance that you may lift a heavy load off of yourself.

“And you, fathers, do not provoke your children to wrath, but bring them up in the training and admonition of the Lord.” Ephesians 6:4.

This is the cardinal rule; “do not provoke your children to wrath”. There are many men who think that because they have the authority over the children and the household that it is something to lord over them.

Authority is something to use as a means to an end not something to be used as a club at every whim of his lordship.

Do not scream, “you idiot” at them if they do not understand something you are trying to teach them.

Remember, whatever you are trying to teach your child you too started out knowing nothing about it at one time.

It does not matter if your father was this way, you have the free choice to change and treat your child as you would have liked your father to treat you.

“Children’s children are the crown of old men, and the glory of children is their father.” Proverbs 17:6.

“…the glory of children is their father” many men in this world want to be recognized, even admired for the job they do, for their craftsmanship, or their knowledge of a subject.

How nice to hear that from your boss, your co-workers, even your wife. Yet these men always miss the one who admires them most, the only one to unconditionally love and worship them as a god, their child.

Worse yet, some fathers take this slavish admiration as something that is due them and they treat the only one who will ever admire them no matter what like a doormat.

It takes a lot to destroy a child’s love and admiration, yet many men work hammer and tongs, day and night to destroy it. Taking the child for granted or despising their unqualified admiration because they can, they treat something beautiful and undeserved with contempt.

This sort of treatment often extends to the wives who have shown respect and caring for them only to be made a doormat too.

“Husbands, love your wives, just as Christ also loved the church and gave Himself for her…” Ephesians 5:25.

Loving your wives just as Christ loved the church and gave Himself for her is a tall order, not to be taken lightly. And if I might be so bold as to tell the husbands to love their children in the same manner.

Read the above verse again and notice that it is a commandment, not a request.

“So husbands ought to love their own wives as their own bodies; he who loves his wife loves himself. For no one ever hated his own flesh, but nourishes and cherishes it, just as the Lord does the church.” Ephesians 5:28-29.

“Fathers, do not provoke your children, lest they become discouraged.” Colossians 3:21.

Think of how discouraging it is to have someone in authority ignore your pleas, and demand that you do an impossible task in an impossibly short period of time.

Think of having no recourse, no one to turn to because it comes from the highest authority.

Think of being helpless, with no hope in sight. Think of what that does to a tender young mind that already wants to please.

Think of what that will do in time!

“Listen to counsel and receive instruction, that you may be wise in your latter days. There are many plans in a man’s heart, nevertheless the Lord’s counsel – that will stand. What is desired in a man is kindness, and a poor man is better than a liar. The fear of the Lord leads to life, and he who has it will abide in satisfaction; he will not be visited with evil.” Proverbs 19:20-23.