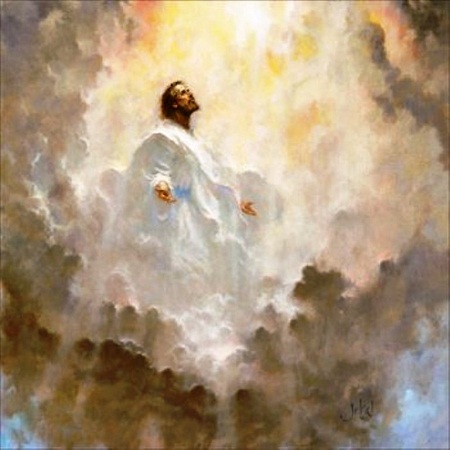 “But to each one of us grace was given according to the measure of Christ’s gift. Therefore He says: ‘When He ascended on high, He led captivity captive, and gave gifts to men.’” Ephesians 4:7-8.

Though there are only two verses in this study of Ephesians 4:7-8 the subject is complicated and I hope to do it justice, since it is very important to the believer.

And be aware that the gifts spoken of here and in greater detail in Ephesians 4:11-12 are for those who have accepted Christ as their Savior.

“But to each one of us grace was given according to the measure of Christ’s gift. Therefore He says: ‘When He ascended on high, He led captivity captive, and gave gifts to men.’” Ephesians 4:7-8.

According to this passage, Christ gave gifts to men. These are supernatural gifts given to the Christian for use in the church and ministry in everyday life in the world.

Make sure you understand that the individual Christian did not have these gifts before they were saved. Often someone will be a great speaker before they became a Christian, this is a natural gift, as is a thing like the ability to administrate, yet there are gifts given to the Christian that are similar.

The error which has occurred in the church many times is in that the natural gift is mistaken for Christ’s gift and men have been put in places of authority who are not Christians at all.

This has created a lot of chaos in the church over the centuries. All Christians need to speak up if they think an unbeliever is being given authority in the church.

“But to each one of us grace was given according to the measure of Christ’s gift.” Ephesians 4:7.

Before we look at the gifts let us examine this strange verse. Each one of us grace was given; every Christian is by God’s grace given a gift. This means that since you were given a gift, you are expected to use it, no exceptions.

This is the evil of the division of the clergy and the laity (the common folk). The clergy does all the preaching, teaching, and administrating, while the common folk sit in the pews, give money, sing the songs, listen to the message, and then go back to work on Monday.

There is no reason for the laity to read their Bibles because they have the clergy to do that for them.

This is not the way Jesus meant it to be, and the gifts and church layout given in Scripture testify to that.

The second half of verse 7 says, “…given according to the measure of Christ’s gift.” The most likely meaning of this statement is that each person is not only given a gift, it is in proportion to their abilities.

But it is not as though a person is limited by their gift. If a Christian presses on and gives themselves over to the service of Christ more and more, God will expand their ministry of whatever sort it may be He has called them into.

“If you then, being evil, know how to give good gifts to your children, how much more will your heavenly Father give the Holy Spirit to those who ask Him!” Luke 11:13.

Now as we continue on to verse eight things become a little clearer as the giving of gifts is expanded upon a little more.

“Therefore He says: ‘When He ascended on high, He led captivity captive, and gave gifts to men.’” Ephesians 4:8.

The quote given in this verse is from Psalm 68:18, a psalm of David written approximately one thousand years earlier. This is a psalm of praise to God for all He has done for David in vanquishing his enemies and establishing the nation of Israel.

If you read Psalm 68:18 you will find that it is quite obscure and hard to understand, so the best way to read it is with the thought in mind that it is a prophecy of the Christ.

The fact that it is a prophecy of the Christ is reinforced by being quoted here in Ephesians 4:8.

That prophecy is expanded here. It was the practice of the Roman army when they won a battle to take the leadership and other citizens of the vanquished country through Rome in chains in their triumphal entry. After this humiliating event many of the leaders were led away to be executed.

Along with this it was customary for the conqueror to distribute gifts to their men and to the general populace.

In the case of the Lord Jesus the gifts would be first, the Holy Spirit, and through Him the other gifts are given according to each person’s abilities.

“He who believes in Me, as the Scripture has said, out of his heart will flow rivers of living water.” But this He spoke concerning the Spirit, whom those believing in Him would receive; for the Holy Spirit was not yet given, because Jesus was not yet glorified.” John 7:38-39.

Returning to the practice of the Romans of humiliating their vanquished foes, and it should be added that this was nothing new the practice may have been thousands of years old, and incited by Satan himself.

It says of the Christ that, “He led captivity captive”. Just who were the captives? In this case it was the devil and his entire army of fallen angels being treated to the same humiliation that they had brought upon so many unfortunate nations before. This is what is indicated in the following verses from Colossians chapter two.

“And you, being dead in your trespasses and the uncircumcision of your flesh, He has made alive together with Him, having forgiven you all trespasses, having wiped out the handwriting of requirements that was against us, which was contrary to us. And He has taken it out of the way, having nailed it to the cross.” Colossians 2:13-14.

Once again we look at a Roman practice. When someone was sentenced to prison the charges were written down and nailed to the cell door.

When the sentence was served, the charges were taken down and the words, “It is finished”, or words to that effect were written across the charges and given to the freed prisoner.

The charges against us were nailed to the cross, and the sentence served out of love by Jesus, God the Son for our sake.

Now look at the effect this all has on Satan and his fallen angels in the next verse in Colossians.

“Having disarmed principalities and powers, He made a public spectacle of them, triumphing over them in it.” Colossians 2:15.

“He led captivity captive”, but there is more to this than meets the eye. There were other captives which were in this procession, the devil’s captives. These were godly men and women from every age before Jesus’ sacrifice on the cross.

While the animal sacrifices that those believers made covered sin, it was not until Christ’s blood was shed that sin was expunged forever. This is the power of the blood of Christ.

“For I am not ashamed of the gospel of Christ, for it is the power of God to salvation for everyone who believes, for the Jew first and also for the Greek [Gentile].” Romans 1:16.

The question arises, where were these believers held captive? First, because the sacrifice of Christ was not yet made they were not ready for heaven.

Nor could they righteously be put in hell, as a result they were given a place called Paradise which was described in the story of the rich man and Lazarus in Luke 16:19-31.

For the whole picture it is best for you to read the entire account, however, the short of it is that there was a rich man who fared sumptuously every day, and a poor man named Lazarus laid at his gate.

The rich man did not so much as give the wretched poor man of the scraps from his table. In time the poor man died and was carried by the angels to Abraham’s bosom, another way of saying a place of comfort, paradise.

The rich man died and was buried, and finding himself tormented in hell he could see Abraham from afar off and Lazarus in his bosom. By this we can see that hell and Paradise were in the same general location. In his reply to a request made by the rich man, Abraham says the following.

“And besides all this, between us and you there is a great gulf fixed, so that those who want to pass from here to you cannot, nor can those from there pass to us.” Luke 16:26.

Jesus does not identify this as a parable, as He often did, so it is likely a true story. With this we can say two things, hell and Paradise were close enough for folks to see each other, even communicate, and they are located under the earth.

“The way of life winds upward for the wise, that he may turn away from hell below.” Proverbs 15:24.

Isaiah 14:9-11 speaks of the death of Antichrist and his descent into hell beneath.

“Hell from beneath is excited about you [Antichrist], to meet you at your coming; it stirs up the dead for you, all the chief ones of the earth; it has raised up from their thrones all the kings of the nations. They all shall speak and say to you: ‘Have you also become as weak as we? Have you become like us? Your pomp is brought down to Sheol, and the sound of your stringed instruments; the maggot is spread under you, and worms cover you.’” Isaiah 14:9-11.

Upon Jesus’ exit from paradise he took all the residents with Him as He ascended into heaven. Paradise is now closed and Christians ascend directly to heaven.

“When He ascended on high, He led captivity captive, and gave gifts to men.” Ephesians 4:8b.