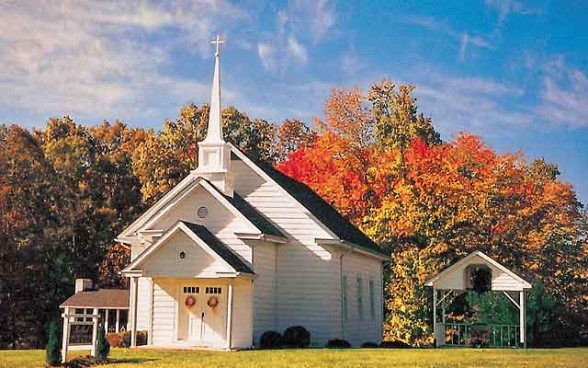 “…endeavoring to keep the unity of the Spirit in the bond of peace. There is one body and one Spirit, just as you were called in one hope of your calling;” Ephesians 4:3-4.

Ephesians 4:3-4 above have been added to help maintain continuity with verses 5 through 6 the subject of this post.

The Lord is Jesus Christ and His title is head of the church. This title is clearly given to Him, yet men, ministers, pastors, and elders, continually think of themselves as head of this church or that church.

Church leadership has for nearly two thousand years forgotten that it is not up to them to make decisions or enact traditions on their own.

Rather it is Jesus Christ, the head of the church they should be in prayer to whenever a serious decision is to be made. Even the small decisions should be checked against Scripture and brought before the Lord.

This is why the greater part of the church today is like a headless man lurching about.

“And He is before all things, and in Him all things consist. And He is the head of the body, the church, who is the beginning, the firstborn from the dead, that in all things He may have the preeminence. For it pleased the Father that in Him all the fullness should dwell, and by Him to reconcile all things to Himself, by Him, whether things on earth or things in heaven, having made peace through the blood of His cross.” Colossians 1:17-20.

“Let no one cheat you of your reward, taking delight in false humility and worship of angels, intruding into those things which he has not seen, vainly puffed up by his fleshly mind, and not holding fast to the Head [Jesus], from whom all the body, nourished and knit together by joints and ligaments, grows with the increase that is from God.” Colossians 2:18-19.

“And He put all things under His feet, and gave Him to be head over all things to the church, which is His body, the fullness of Him who fills all in all.” Ephesians 1:22-23.

The church was always meant to represent Christ on earth, His body, as though He had never left. This would have been so if the church leadership had done their job of helping the growth of the individuals within the body, and responded to Christ’s leadership through His word and His Holy Spirit.

This is why it says, “one Lord, one faith…” there are not many faiths as in many denominations, there is only one faith the doctrine of Christ and His apostles.

Too many men over the centuries have forced their half baked demonic theologies upon the church and created divisions which should not exist.

These divisions confuse those outside the church and drive many of them away, or give them reason to mock, rather than drawing them to the beautiful shepherd, Jesus Christ.

While it is true that there are some confusing verses in the Bible, diligent study usually gives an answer for most. As for the rest, God did not put them there to confuse anyone, there is an answer and it is never to break away and start another denomination.

The body of Christ must always be guided by one monolithic doctrine of faith which is first the gospel of Jesus Christ and everything else based on clear teachings from Scripture.

Waffling before the enemy is a sign of weakness and certainly something that Jesus did not do.

Just as the world sees Jesus through the unity of the faith, and love of the church, so they see the testimony of those who have accepted Christ as their Savior by the act of baptism in water.

“For you are all sons of God through faith in Christ Jesus. For as many of you as were baptized into Christ have put on Christ.” Galatians 3:26-27.

With this last segment covering God the Father we will have covered the entire Godhead. While we have a tendency to list them as Father, Son, and Holy Spirit, there is no particular order since they are co-equal in the Godhead.

This can be seen by the list we have just covered, which was in the order of Holy Spirit, Son and finally Father. However each has His own function, which can vary. It was the Father who gave His only begotten Son as a sacrifice for sin, the Son paid the price, and the Holy Spirit leads folks to Jesus as Savior.

Let us just take the name God and make sure that everyone understands some very important things about Him.

One thing I see continually in the comments sections for news articles is that Allah and the God of the Christians and the Jews are one and the same. This statement has even been made by people who claim to be Christians.

The Allah of Islam is different altogether, he is actually the moon god that Mohammed was worshipping at the time he received his revelations which afterward became the Koran.

Muslims know this and even teach that God is inferior to Allah, they are also content to allow outsiders to continue to believe the slander that God and Allah are one and the same.

Some of the confusion may come from the fact that Muslims claim to be children of Abraham, which is true for the Arabs.

However, this is not correct because the Arabs are the children of Ishmael who was the child of Hagar, Sarah’s Egyptian servant, and Abraham. The promises to Abraham were to come through his wife Sarah who in time bore Isaac, see Genesis chapters 16-17.

If one were to sit down and think about the things Allah and God advocate it would become obvious that the two cannot be one and the same.

God calls Israel the apple of His eye, Allah commands his people to destroy all of the Jews.

Jesus told His followers to go into all the world preaching the gospel.

“Then Jesus came and spoke to them, saying, ‘All authority has been given to Me in heaven and on earth. Go therefore and make disciples of all the nations, baptizing them in the name of the Father and of the Son and of the Holy Spirit, teaching them to observe all things that I have commanded you; and lo, I am with you always, even to the end of the age.’ Amen.” Matthew 28:18-20.

Nowhere in Scripture are Christians told to kill or torture those who do not accept Christ as Savior.

Muslims have gone into most of the world from their beginning putting a sword to the back of their victim’s neck telling them to convert or die. Most of the Muslim world was converted in this manner.

“Beware of false prophets, who come to you in sheep’s clothing, but inwardly they are ravenous wolves. You will know them by their fruits. Do men gather grapes from thornbushes or figs from thistles? Even so, every good tree bears good fruit, but a bad tree bears bad fruit. A good tree cannot bear bad fruit, nor can a bad tree bear good fruit. Every tree that does not bear good fruit is cut down and thrown into the fire. Therefore by their fruits you will know them.” Matthew 7:15-20.

If God and Allah were the same God would be so psychotic that hell would be a poor word for life on earth. In fact men would long to die and be cast into the lake of fire just to get away from him. This person would be infinitely evil, something even the devil is not.

Another aspect of God our Father is that He is the only one. There is no other god anywhere, period. Am I a bigot for saying that, no, God is because that is what He says.

“For the Lord is great and greatly to be praised; He is to be feared above all gods. For all the gods of the peoples are idols, but the Lord made the heavens.” Psalm 96:4-5.

It says of God that He is the Father of all, above all, through all, and in you all.

God “who is above all”, just as God is the Father of all, so He is also above all things, having created all things.

“In the beginning God created the heavens and the earth.” Genesis 1:1.

“For You, Lord, are most high above all the earth; You are exalted far above all gods.” Psalm 97:9.

God is “through all”; though God is high above all things He is also among His people.

“For thus says the High and Lofty One who inhabits eternity, whose name is Holy: ‘I dwell in the high and holy place, with him who has a contrite and humble spirit, to revive the spirit of the humble, and to revive the heart of the contrite ones.” Isaiah 57:15.

“The Lord is high above all nations, His glory above the heavens. Who is like the Lord our God, who dwells on high, who humbles Himself to behold the things that are in the heavens and in the earth?” Psalm 113:4-6.

“For in Him [Jesus] dwells all the fullness of the Godhead bodily; and you are complete in Him, who is the head of all principality and power.” Colossians 2:9-10.

“Oh, the depth of the riches both of the wisdom and knowledge of God! How unsearchable are His judgments and His ways past finding out! ‘For who has known the mind of the Lord? Or who has become His counselor? Or who has first given to Him and it shall be repaid to him?’ For of Him and through Him and to Him are all things, to whom be glory forever. Amen.” Romans 11:33-36.