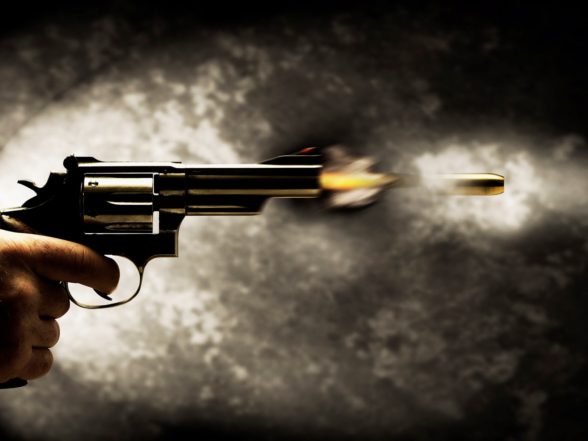 “Thus he [an angel] said: ‘The fourth beast shall be a fourth kingdom on earth, which shall be different from all other kingdoms, and shall devour the whole earth, trample it and break it in pieces. The ten horns are ten kings who shall arise from this kingdom. And another shall rise after them; he shall be different from the first ones, and shall subdue three kings. He shall speak pompous words against the Most High, shall persecute the saints of the Most High, and shall intend to change times and law. Then the saints shall be given into his hand for a time and times and half a time [3½ years]. But the court shall be seated, and they shall take away his dominion, to consume and destroy it forever.’” Daniel 7:23-26.

The reason for this horrific period is given later in chapter twelve, and bear in mind that while it is speaking to the people of Israel specifically, it concerns the rest of mankind also.

Here is the sequence of events, at the rapture, before the tribulation, all Christians will be removed from the earth. This will be cause for celebration because Christians are seen to be the obstacle to a one world government; where the world can live as one.

Many folks who are unsaved and remain behind will be people, decent people, who just put off accepting Christ as Savior, or never really heard the gospel.

These are men and women who are greatly stressed by the current world conditions. They will now see all hell break loose exponentially. It will take this chaos to drive them to make a decision for or against Jesus Christ.

The rest who are left behind will be sinful, wicked people who lived to sin all their lives. But because of the pressure cooker of evil and chaos, things even they will participate in, they will soon, in desperation, turn to Christ as their Savior.

So the tribulation will be to turn many to Christ, who would not consider Him normally, but this will not be normal by any means.

God in His mercy is giving the world a taste right now in our time of the things to come by allowing Satan to break loose. He is still under God’s control, but not for long. After the rapture Satan will be turned loose to influence mankind to the limits of their evil hearts.

The tribulation will also be used to train all of the new Christians the way of righteousness. Remember, there will be no Christians from before the rapture so the whole process of training will start from scratch.

An intact Bible will be almost impossible to come by. There will be no Christian churches, and only scattered men and women who know much about Scripture. Fellowship with any other Christians will be illegal and nearly impossible as well.

The greatest problem though will be that all new Christians will have a pagan mindset of immorality and confusion.

Unfortunately, the only way to develop a mindset of endurance, patience, humility, and purity is through the crucible of the tribulation. It should be noted that the majority of Christians will be murdered within this seven year period before the return of Christ to rule the earth.

“Grace and peace be multiplied to you in the knowledge of God and of Jesus our Lord, as His divine power has given to us all things that pertain to life and godliness, through the knowledge of Him who called us by glory and virtue, by which have been given to us exceedingly great and precious promises, that through these you may be partakers of the divine nature, having escaped the corruption that is in the world through lust. But also for this very reason, giving all diligence, add to your faith virtue, to virtue knowledge, to knowledge self-control, to self-control perseverance, to perseverance godliness, to godliness brotherly kindness, and to brotherly kindness love. For if these things are yours and abound, you will be neither barren nor unfruitful in the knowledge of our Lord Jesus Christ.” 2 Peter 1:2-8.

A third and very important reason for the tribulation period is given in Daniel 12:7.

“Then I [Daniel] heard the man [an angel] clothed in linen, who was above the waters of the river, when he held up his right hand and his left hand to heaven, and swore by Him who lives forever, that it shall be for a time, times, and half a time [3½ years]; and when the power of the holy people has been completely shattered, all these things shall be finished.” Daniel 12:7.

In this part of the vision one angel asks another how long the last half of the tribulation will be, see Daniel 12:5-7. His answer above is 3½ years; he then goes on to tell the reason for this length of time.

“…and when the power of the holy people has been completely shattered, all these things shall be finished”, the Jews today completely deny that Jesus is their Messiah.

Those who have accepted Christ as their Savior are outcast among their own people. Many are atheists, many are not even practicing Judaism, and most of them are secular and reliant on their own power to protect their nation.

They are stubborn in their own two thousand year old rejection of Jesus Christ as their Messiah. It is God’s intention to bring them to the end of themselves and realize that Jesus Christ is God’s Son sent to die for the sin of the world.

In order to do this the nation will have to be shattered and brought to the desperate point of realizing that they are about to be annihilated by an army made up of millions upon millions of men who absolutely and demonically hate them.

This is why Jesus told a group of unbelieving Jews the following:

“O Jerusalem, Jerusalem, the one who kills the prophets and stones those who are sent to her! How often I wanted to gather your children together, as a hen gathers her brood under her wings, but you were not willing! See! Your house is left to you desolate; and assuredly, I say to you, you shall not see Me until the time comes when you say, ‘Blessed is He who comes in the name of the Lord!’” Luke 13:34-35.

“Behold, the day of the Lord is coming, and your spoil will be divided in your midst. For I will gather all the nations to battle against Jerusalem; the city shall be taken, the houses rifled [plundered], and the women ravished. Half of the city shall go into captivity, but the remnant of the people shall not be cut off from the city. Then the Lord will go forth and fight against those nations, as He fights in the day of battle.” Zechariah 14:1-3.

“In that day the Lord will defend the inhabitants of Jerusalem; the one who is feeble among them in that day shall be like David, and the house of David shall be like God, like the Angel of the Lord before them. It shall be in that day that I will seek to destroy all the nations that come against Jerusalem. And I will pour on the house of David and on the inhabitants of Jerusalem the Spirit of grace and supplication; then they will look on Me [Jesus] whom they pierced. Yes, they will mourn for Him [Jesus] as one mourns for his only son, and grieve for Him as one grieves for a firstborn.” Zechariah 12:8-10.

“Then the beast was captured, and with him the false prophet who worked signs in his presence, by which he deceive those who received the mark of the beast and those who worshiped his image. These two were cast alive into the lake of fire burning with brimstone. And the rest [of the Beast’s army] were killed with the sword which proceeded from the mouth of Him who sat on the horse. And all the birds were filled with their flesh.” Revelation 19:20-21.

After Jesus Christ has annihilated the beast and his army He then sets up His kingdom for His reign of a thousand years (Millennium).

“And I saw thrones, and they sat on them, and judgment was committed to them. Then I saw the souls of those who had been beheaded for their witness to Jesus and for the word of God, who had not worshiped the beast or his image, and had not received his mark on their foreheads or on their hands. And they lived and reigned with Christ for a thousand years. But the rest of the dead did not live again until the thousand years were finished. This is the first resurrection. Blessed and holy is he who has part in the first resurrection. Over such the second death has no power, but they shall be priests of God and of Christ, and shall reign with Him a thousand years.” Revelation 20:4-6.

The first resurrection actually takes place in two parts, with both the living and the dead taken in the rapture before the tribulation starts, and then the dead who died in Christ during the tribulation are resurrected.

After this, at the end of time, the resurrections of those in hell are brought forth on Judgment Day, “…to shame and everlasting contempt”.

“And many of those who sleep in the dust of the earth shall awake, some to everlasting life, some to shame and everlasting contempt.” Daniel 12:2.

Finally, a beautiful promise for all of the righteous in Christ is given.

“Those who are wise shall shine like the brightness of the firmament, and those who turn many to righteousness like the stars forever and ever.” Daniel 12:3.

Next, we will take up the meaning of Daniel 7:14 in greater depth.