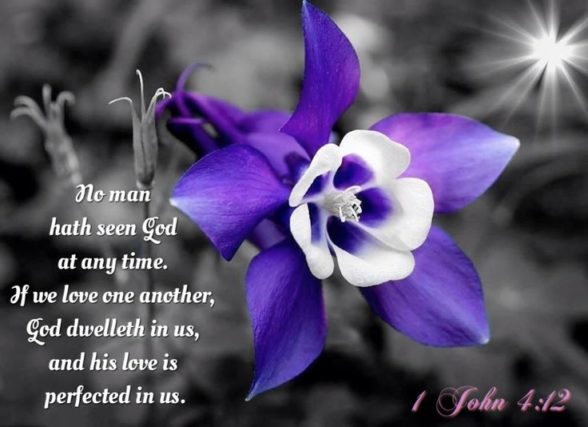 “Listen! Behold, a sower went out to sow. And it happened, as he sowed, that some seed fell by the wayside; and the birds of the air came and devoured it. Some fell on stony ground, where it did not have much earth; and immediately it sprang up because it had no depth of earth. But when the sun was up it was scorched, and because it had no root it withered away.” Mark 4:3-6.

Of the many commentaries on the parable of the sower, the vast majority feel that out of the four examples given in this parable in Mark 4:3-20, three of them are unsaved people.

So there are few who agree that of the four, only one of these examples is an unsaved person, the first one.

This parable is about the mystery of the kingdom of God. Why would God give only examples of people who reject it and then warn us that a candle is not to be put under a basket, rather it is to be put on a lampstand.

This is about three types of Christian, two of which hide their lamp under a bed or a basket.

Beginning with Mark 4:14 Jesus began to explain the meaning of this parable; giving each of us an opportunity to see for ourselves which people are saved and who are not.

Jesus is the original sower with the Apostles and then the Christians following His example by going out and broadcasting the word of God to all who will hear.

Jesus’ last instructions to the disciples in the book of Matthew are as follows.

“All authority has been given to Me in heaven and on earth. Go therefore and make disciples of all the nations, baptizing them in the name of the Father and of the Son and of the Holy Spirit, teaching them to observe all things that I have commanded you; and lo, I am with you always, even to the end of the age.” Amen.” Matthew 28:18-20.

“And these are the ones by the wayside where the word is sown. And when they hear, Satan comes immediately and takes away the word that was sown in their hearts.” Mark 4:15.

The wayside here is the hard packed earth that the world has trodden down by its traffic. The hearer is so filled with the world and its system that he is easily distracted by Satan and continues to be lead astray.

For those with unsaved loved ones, this does not mean that those by the wayside are doomed to stay that way. God will not stop working with someone until they say no for the last time.

Never forget this; no one knows if at some time in their life your loved one accepted Jesus as their Savior.

Do not believe your loved one is in hell when they can very well be in the arms of Jesus. This is Satan’s way of tormenting you. Never forget this, never, never, never!

“He who is often rebuked [warned by God], and hardens his neck [refuses to listen], will suddenly be destroyed, and that without remedy.” Proverbs 29:1.

“These likewise are the ones sown on stony ground who, when they hear the word, immediately receive it with gladness; and they have no root in themselves, and so endure only for a time. Afterward, when tribulation or persecution arises for the word’s sake, immediately they stumble.” Mark 4:16-17.

There are two kings who can be used as examples of how this and the next scenario can actually happen to a believer.

King Saul is a good example of a believer, who had no root in himself, and while it cannot be denied that he did many good things as a king; as a whole he failed to reach his full potential.

Starting in 1 Samuel 9, it is said of Saul, that from his shoulders up he was taller than any of the people and that he was more handsome than any of the children of Israel. We find out later that God changed his heart.

Saul was also quite shy in the beginning. So, from the start Saul had great potential and as Jesus’ parable says, “when they hear the word, immediately receive it with gladness…”

But power can change one, either to the good or to the bad, usually bad.

“Now the word of the Lord came to Samuel, saying, ‘I greatly regret that I have set up Saul as king, for he has turned back from following Me, and has not performed My commandments.’ And it grieved Samuel, and he cried out to the Lord all night. So when Samuel rose early in the morning to meet Saul, it was told Samuel, saying, ‘Saul went to Carmel, and indeed, he set up a monument for himself; and he has gone on around, passed by, and gone down to Gilgal.’” 1 Samuel 15:10-12.

“Then Samuel said to Saul, ‘Be quiet! And I will tell you what the Lord said to me last night.’ And he said to him, ‘Speak on.’ So Samuel said, ‘When you were little in your own eyes, were you not head of the tribes of Israel? And did not the Lord anoint you king over Israel? Now the Lord sent you on a mission, and said, “Go, and utterly destroy the sinners, the Amalekites, and fight against them until they are consumed.” Why then did you not obey the voice of the Lord? Why did you swoop down on the spoil, and do evil in the sight of the Lord?’” 1 Samuel 15:16-19.

“Then Samuel said: ‘Has the Lord as great delight in burnt offerings and sacrifices, as in obeying the voice of the Lord? Behold, to obey is better than sacrifice, and to heed than the fat of rams. For rebellion is as the sin of witchcraft, and stubbornness is as iniquity and idolatry. Because you have rejected the word of the Lord, He also has rejected you from being king.’” 1 Samuel 15:22-23.

Saul was by the standards of the world a good king; he kept the Israelites out of bondage to the likes of Moab, Edom, the Philistines, and the Amalekites, though, constant warfare came because of his disobedience to the Lord.

While warfare is a bad thing, it did establish stronger borders for the Israelites and also lessened the likelihood of raids on their property and their dependence on the likes of the Philistines for weaponry. This stability and unity within the country also created prosperity and a sense of peace.

The world could use a few good leaders like this today; but not in a Christian country, nor in Israel at that time.

Saul began well but he had no root in himself and while he was a godly man, it was only mediocre godly which is not enough when the testing by power and grandeur take hold in one’s soul.

“The crucible is for silver and the furnace for gold. And each is tested by the praise accorded him.” Proverbs 27:21, NASB.

“The refining pot is for silver and the furnace for gold, and a man is valued by what others say of him.” Proverbs 27:21, NKJV.

Often we think that adversity is the test of a person’s character, but their response to praise can test it too. Saul’s life shows us that he did not do well under either circumstance.

“…then Saul said to his servants who stood about him, ‘Hear now, you Benjamites! Will the son of Jesse [David anointed as king] give every one of you fields and vineyards, and make you all captains of thousands and captains of hundreds? All of you have conspired against me, and there is no one who reveals to me that my son [Jonathan] has made a covenant with the son of Jesse; and there is not one of you who is sorry for me or reveals to me that my son has stirred up my servant against me, to lie in wait, as it is this day.” 1 Samuel 22:7-8.

Soon enough his weaknesses had came out, his self-centeredness, insecurity, jealousy, self-pity, and impatience all brought him to a pitiful and ignominious end.

The two things that cost him his kingship are that he did not wait for Samuel to arrive to make a sacrifice to the Lord before a battle, see 1 Samuel 10:8 and 13:1-14.

And he allowed greed and poor leadership to take over when he was told to eradicate the Amalekites, disobeying the Lord’s explicit directions; from there, he just went downhill, see 1 Samuel chapter 15.

When Saul was told that the throne had been taken from him and given to another he tried to kill the newly anointed king, David.

Saul reigned 40 years over Israel, the same number of years as good King David, and King Solomon, longer than better kings than he, such as Jehoshaphat (25years), Hezekiah (29 years), and Josiah (31 years).

We can sympathize with Saul for being cast down because the Lord had rejected him, but it was no excuse for him to continue to act the fool.

Though the Lord’s word was firm; Saul could never earn his way back into being a kingly dynasty.

However, he could have been the godliest of kings by accepting God’s decision as to his successor and going on to serve the Lord. Doing his best for the remaining time he was allotted on the throne.

This might also have extended his rule over Israel for a few more years.

Instead he tried to destroy what God had ordained through Samuel the prophet. Saul’s pathetic end came in his last battle with the Philistines.

Because Samuel had died, Saul, in desperation, consulted a medium to conduct a séance to bring up Samuel for him, see 1 Samuel 28:3-28.

As Samuel prophesied; the next day Saul and his three sons were killed and the battle lost to the enemy.

To anyone who has accepted Christ as their Savior and now find themselves in the same pitiful condition; remember this, the humble and contrite heart cannot exhaust the grace of God.

Get up! Even if you find that you have to do it more than once, get up! Confess and forsake your sins. Send your roots deep down into Scripture, fix your eyes on Jesus and press on no matter what happens to you.

You do not have to endure the fate of Saul.

“He who covers his sins will not prosper, but whoever confesses and forsakes them will have mercy.” Proverbs 28:13.