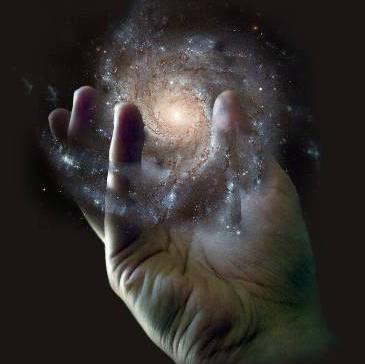 “And I saw in the right hand of Him who sat on the throne a scroll written inside and on the back, sealed with seven seals. Then I saw a strong angel proclaiming with a loud voice, ‘Who is worthy to open the scroll and to loose its seals?’ And no one in heaven or on the earth or under the earth was able to open the scroll, or to look at it. So I wept much, because no one was found worthy to open and read the scroll, or to look at it.” Revelation 5:1-4.

The above has been added for context. This study will continue on through Revelation 5:5-14.

“But one of the elders said to me, ‘Do not weep. Behold, the Lion of the tribe of Judah, the Root of David, has prevailed to open the scroll and to loose its seven seals.’ And I looked, and behold, in the midst of the throne and of the four living creatures, and in the midst of the elders, stood a Lamb as though it had been slain, having seven horns and seven eyes, which are the seven Spirits of God sent out into all the earth. Then He came and took the scroll out of the right hand of Him who sat on the throne.” Revelation 5:5-7.

“The Lion of the tribe of Judah” is none other than the Messiah, Jesus. Interestingly enough He is called “the Root of David”, not the branch or limb, because, as God, Jesus is the Root or beginnings of David.

However, as John turns to see the Lion, he sees only “a Lamb as though it had been slain”.

When we see Jesus we will see the wounds in His hands, and feet. And when we see Him we will, as John, see only the Lamb of God, not the Lion that those who reject Christ will see on judgment day. Will you see a Lion or a Lamb?

Another aspect of this that you may find interesting is that the vision of the Lamb of God and the Lion of Judah can represent the First Advent of the Lord as a Lamb and the Second as a conquering Lion.

The “seven horns and seven eyes, which are the seven Spirits of God sent out into all the earth”, the number seven is the number of completion or perfection.

The horns then are complete power, since in ancient times the horn was used as a literal symbol of power by a ruler. And the seven eyes symbolize perfect wisdom and knowledge.

In this we have an all powerful ruler who has perfect wisdom and knowledge of what is happening in the world at all times. This is the only person fit to rule the world in righteousness.

“His delight is in the fear of the Lord, and He shall not judge by the sight of His eyes, nor decide by the hearing of His ears; but with righteousness He shall judge the poor, and decide with equity for the meek of the earth; He shall strike the earth with the rod of His mouth, and with the breath of His lips He shall slay the wicked. Righteousness shall be the belt of His loins, and faithfulness the belt of His waist.” Isaiah 11:3-5.

The Holy Spirit it must be remembered is not a concept, not an allegory, not a metaphor, nor a thing. He is part of and equal in the Godhead, the trinity, God the Father, God the Son, God the Holy Spirit.

“Now when He had taken the scroll, the four living creatures and the twenty-four elders fell down before the Lamb, each having a harp, and golden bowls full of incense, which are the prayers of the saints.” Revelation 5:8.

“Let my prayer be set before You as incense, the lifting up of my hands as the evening sacrifice.” Psalm 141:2.

God hears and remembers all of our prayers, they are important to Him, as are all the things that come into our lives.

“You number my wanderings; put my tears into Your bottle; are they not in Your book?” Psalm 56:8.

“And they sang a new song, saying: ‘You are worthy to take the scroll, and to open its seals; for You were slain, and have redeemed us to God by Your blood out of every tribe and tongue and people and nation, and have made us kings and priests to our God; and we shall reign on the earth.’” Revelation 5:9-10.

These and the next three verses build to such a crescendo as to be totally unimaginable. One thing about the above verses that you might find of interest is that many scholars note a textual problem in them.

The difficulty is with the words us and we; “…and have redeemed us to God by your blood… and have made us kings and priests to our God; and we shall reign on the earth.” Revelation 5:9b-10.

Some manuscripts substitute the word them for us and they for we. Now this may seem a completely amateurish theory and may not be right, but what if the living creatures are saying, them and they since these passages are relevant to mankind only and not angels.

And at the same time the elders are saying, us and we, since as men the words are true of the human race. If this were so, it would go something like this:

“You are worthy to take the scroll, and to open its seals; for You were slain, and have redeemed us/them to God by Your blood out of every tribe and tongue and people and nation, and have made us/them kings and priests to our God; and we/they shall reign on earth.” Revelation 5:9-10.

This may not be too far off-base since we have all heard music sung with the echo of a different word or phrase.

Or you may prefer the note in Ryrie’s New King James Version, since it is more in the mainstream. He notes that, “In either case the elders could be singing of their own redemption in either the first or third person.”

Now watch closely as another group is added to this song in verse 11 and yet another group in verse 13; like standing next to thousands of great waterfalls all at once, the power of the sound would probably raise the hairs on the back of your neck!

“Then I looked, and I heard the voice of many angels around the throne, the living creatures, and the elders; and the number of them was ten thousand times ten thousand, and thousands of thousands, saying with a loud voice: ‘Worthy is the Lamb who was slain to receive power and riches and wisdom, and strength and honor and glory and blessing!’” Revelation 5:11-12.

We now have all the heavenly host, billions of angels, and billions of men and women who put their trust in God, either through faith in His promises as Abraham did or faith in the blood sacrifice of Christ, which is the realization of those promises.

The words, this time, are not about the salvation and position of mankind in Christ, so they concern all of the heavenly hosts. They are, rather, glorifying Christ for His act of fulfilling the promises made by God and confessing that He is worthy of all blessing and honor.

These are things that even angels had to see.

“Of this salvation the prophets have inquired and searched diligently, who prophesied of the grace that would come to you, searching what, or what manner of time, the Spirit of Christ who was in them was indicating when He testified beforehand the sufferings of Christ and the glories that would follow. To them it was revealed that, not to themselves, but to us they were ministering the things which now have been reported to you through those who have preached the gospel to you by the Holy Spirit sent from heaven – things which angels desire to look into.” 1 Peter 1:10-12.

The apostle Paul refers indirectly to angels when he says the following.

“…that I should preach among the Gentiles the unsearchable riches of Christ, and to make all people see what is the fellowship of the mystery, which from the beginning of the ages has been hidden in God who created all things through Jesus Christ; to the intent that now the manifold wisdom of God might be made known by the church to the principalities and powers [angelic hosts] in the heavenly places, according to the eternal purpose which He accomplished in Christ Jesus our Lord…” Ephesians 3:8b-11.

There is powerful stuff here, it speaks of the mystery which has always been hidden in God from the beginning of the ages; this means that even the angels did not know everything. Read Ephesians 3:10 again below to see what is meant here.

“… to the intent that now the manifold [marginal, variegated or many sided] wisdom of God might be made known by the church to the principalities and powers in the heavenly places…” Ephesians 3:10.

The words above do not say, known to the church, but, by the church, the principalities and powers learn of the wisdom of God. As a result of the things they have actually seen, these hosts are singing from the heart in amazement and wonder.

And now the window rattling power of their voices is joined by those even in hell, “under the earth”. Since those unsaved men, women and the fallen angels have nothing to do with the sacrifice of Christ and rather having opposed Him, there is not a word of His great work.

“And every creature which is in heaven and on the earth and under the earth and such as are in the sea, and all that are in them, I heard saying: ‘Blessing and honor and glory and power be to Him who sits on the throne, and to the Lamb, forever and ever!’ Then the four living creatures said, ‘Amen!’ And the twenty-four elders fell down and worshiped Him who lives forever and ever.” Revelation 5:13-14.