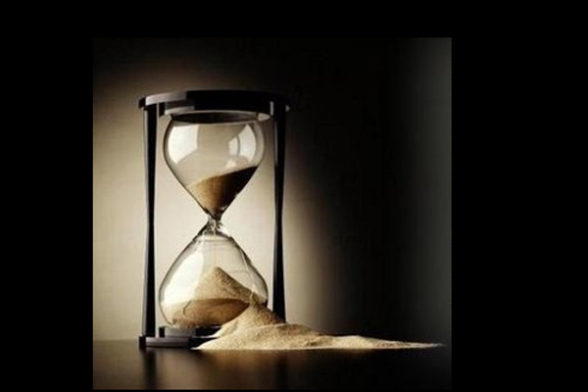 “Now when they [the 2 witnesses] finish their testimony, the beast that ascends out of the bottomless pit will make war against them, overcome them, and kill them.” Revelation 11:7.

“When they finish their testimony”, God has assigned to each of us a given period of time and when it is over, it is over, one must use their time on this earth wisely.

“Lord, make me to know my end, and what is the measure of my days, that I may know how frail I am. Indeed, You have made my days as handbreadths, and my age is as nothing before You; certainly every man at his best state is but vapor. Selah Surely every man walks about like a shadow; surely they busy themselves in vain; he heaps up riches, and does not know who will gather them. And now, Lord, what do I wait for? My hope is in You.” Psalm 39:4-7.

After one thousand two hundred and sixty days the last word has been said and they “finish their testimony”.

Now three questions come to mind, who is this beast, what is he doing in the abyss (bottomless pit), and who let him out?

The first answer is simple; this is the Antichrist, the first of the four horseman released in Revelation 6.

“And I looked, and behold, a white horse. And he who sat on it had a bow; and a crown was given to him, and he went out conquering and to conquer.” Revelation 6:2.

While the man on the white horse is not mentioned up to this point, it does not mean that he has not been busy.

The first horseman did not stop when released, rather he immediately went to work in the political scene enlarging and solidifying his power base until he becomes an unstoppable juggernaut. The rise of Adolph Hitler would be a pretty good example of how this could be done.

How the beast got into the abyss is an even more intriguing question, and, unfortunately requires some educated guesswork. One thought put forth by Dr. Arnold G. Fruchtenbaum in his book, “The Footsteps of the Messiah”, published by Ariel ministries (www.ariel.org), has a pretty solid foundation in Scripture.

Daniel 11:36-45 has some description of the beast and a war he will engage in to defeat three of the ten kings who make up the one world government described in Scripture. However the last verse seems to indicate that he is killed in battle.

“And he shall plant the tents of his palace between the seas and the glorious holy mountain; yet he shall come to his end, and no one will help him.” Daniel 11:45.

Note here, “He shall come to his end”, if the events of Daniel 12:1 (the next verse) follow chronologically this may very well be the answer to the question.

Daniel 12:1 describes the second half of the tribulation, so if the beast is killed in verse 45 above as put forth by Dr. Fruchtenbaum, this would indicate how he would have met his death slightly before the middle of the tribulation.

There is one problem that no one seems to have factored in here; what of the 200 million demon army running amuck during this period?

Going back to Daniel 11 the description of this war speaks of kings attacking the beast,

While he seems to be winning against these kings, something else happens.

“But news from the east and the north shall trouble him; therefore he shall go out with great fury to destroy and annihilate many.” Daniel 11:44.

There is no mention of kings in this verse but rather just news; what is that news? While it certainly could be another reference to the king of the north, is it possible that news of the demon army troubles him? Is the beast killed in battle with another king, or with the demon army?

This is a difficulty with Revelation; there are so many Old and New Testament prophecies to put together like a jigsaw puzzle that it is difficult to get them in correct order. Yet there is no question it certainly is intriguing.

If Hades or hell, the residence of unsaved persons, is separate from the bottomless pit (or the abyss) as discussed in Revelation 9:1-2, posted on 7-16-22, then how does a man like the beast even wind up in the abyss?

The quickest and easiest answer is that it is where God put him with the intent that he was going to allow Satan to raise him from the dead. People do not leave hell.

“And as it is appointed for men to die once, but after this the judgment…” Hebrews 9:27.

Hell is the abode of the unsaved of mankind until judgment day. Yet we find a lot of rule bending here, which God in His sovereignty is allowed to do.

Again, returning to Dr. Fruchtenbaum, we have another interesting thought. He among many others agree that Satan has the intent of setting up a false trinity, an unholy trinity if you will, with Satan being god the father, the beast as god the son and the false prophet (introduced in chapter 13) as the counterfeit holy spirit.

Dr. Fruchtenbaum takes this a step further by saying that the beast is literally Satan’s son. He bases this on the very first verse prophesying the advent of the Messiah.

When Adam and Eve sinned in the Garden of Eden, it was because Satan, speaking through a serpent, beguiled her and caused her to eat of the forbidden fruit.

This brought a curse upon her, the man who also sinned by eating of the fruit, and on the serpent. In pronouncing the curses, God sentenced the serpent to crawling on its belly. As He speaks, God begins to speak to Satan, who has infested this hapless creature, and God says this.

For a long time I thought that God was speaking to the snake when He said “I will put enmity between you and the woman”; as a result I kept looking to see if women hated snakes, and some do, while others like them, even to having them as pets.

Still other women seem to put snakes on the same level as spiders, i.e. creepy. Another perfectly good theory shot down; however it does show the need to study passages like this carefully.

So God is talking to the voice behind the snake, Satan himself and God has put enmity between the woman and the Devil. And while some women have given themselves over to Satanism and witchcraft and other occult practices, it does not alter the fact that Satan hates women.

And for good reason, “her Seed” is a reference to the birth of the Christ.

We are even seeing the denigration of women today as people cannot seem to define the word woman, even to the point of calling them child-bearers instead women.

Women, all women, are beloved of God and those who mistreat them or marginalize them will be held accountable.

Look carefully at these words, “and between your [Satan’s] seed and her [the woman’s] Seed”, the enmity is not just between the woman and Satan; it is between her Seed and Satan’s seed.

So the theory is that Satan actually impregnates a woman to sire a half man half fallen angel son. It might be added that there are women who would gladly give themselves to the Devil to become the mother of the Antichrist.

There is a precedent for this idea of an angel having children by a human mother.

“…the sons of God saw the daughters of men, that they were beautiful; and they took wives for themselves of all whom they chose.” Genesis 6:2.

“There were giants on the earth in those days, and also afterward, when the sons of God came in to the daughters of men and they bore children to them. Those were the mighty men who were of old, men of renown.” Genesis 6:4.

The problem with this passage is who are the sons of God; are they men of the godly lineage of Seth marrying the daughters of Cain, or are they fallen angels seducing human women and attempting to pollute the lineage of the Christ foretold in Genesis 3:15 quoted earlier?

“Now there was a day when the sons of God came to present themselves before the Lord, and Satan also came among them.” Job 1:6.

And later God tells of the creation of the earth asking Job, “Where were you?”

“When the morning stars sang together, and all the sons of God shouted for Joy?” Job 38:7.

In context it would appear that they are fallen angels. This introduces another problem, are angels capable of impregnating women? Many bring up the next passage.

“For in the resurrection they [men] neither marry nor are given in marriage, but are like angels of God in heaven.” Matthew 22:30.

This is a comparative verse that makes the point that in heaven men, women and angels do not marry, but it says nothing about angelic capabilities.

The conclusion on the theory that Satan could have a son by a woman, as put forth by Dr. Fruchtenbaum, is that it is highly possible but not entirely provable to the satisfaction of all.

On the other hand it would explain why it is that when the beast is killed, he is sent into the abyss rather than hell; he is half man and half angel. It also shows how Satan, as god the father raises the beast, god the son, so that they can deceive mankind.