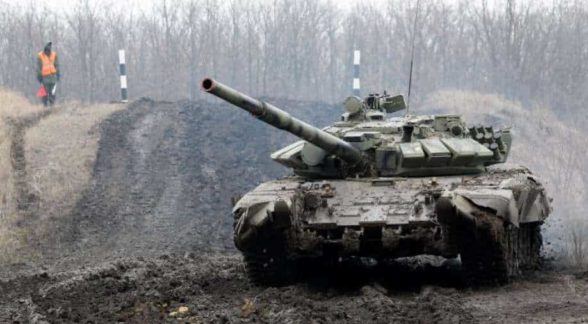 “Then I heard a loud voice from the temple saying to the seven angels, ‘Go and pour out the bowls of the wrath of God on the earth.’” Revelation 16:1.

Chapter 16 began as above with seven angels with bowls of the seven last plagues containing the wrath of God, going forth to pour out the bowls on the earth.

The first bowl was poured out and became a foul and malignant sore on those who worshiped the image of the beast and had his mark on them.

The second bowl changed the sea to blood as of a dead man and every living thing in the sea died.

The third bowl caused the rivers and springs of water to become blood; though apparently not that of a dead man.

The fourth bowl was poured out on the sun; it then scorched men with fire. It is evident that the sun only scorched the men with the mark of the beast. Still they blasphemed God and did not repent.

The fifth angel poured out his bowl on the throne of the beast and his kingdom, the whole earth, became full of darkness. Again, men blasphemed God and did not repent of their evil deeds.

Today we continue with the sixth angel Revelation 16:12.

“Then the sixth angel poured out his bowl on the great river Euphrates, and its water was dried up, so that the way of the kings from the east might be prepared.” Revelation 16:12.

Let us first clear up the long held theory that the kings from the east are a 200 million man army from Red China.

According to Ryrie’s footnote in my Bible, this passage is literally, “The kings from the rising of the sun”.

Dr. Fruchtenbaum (The Footsteps of the Messiah, pub. Ariel Ministries) maintains that, the kings from the east, always refers to Mesopotamia; Babylonia and Assyria in Scripture.

This could be considered the final word on these kings, and for simplicity’s sake one may stop there.

However, it is my own theory that there is a little more than that involved in this drying up.

The Euphrates River is approximately 1,740 miles in length, the longest in southwest Asia. Its origin in the far north almost connects to the Black sea, nearly cutting Turkey into two parts. The river then runs in a southerly direction dividing both Syria and Iraq just about in half, thence joining the Tigris River and flows into the Persian Gulf.

The Tigris begins in the north just east of the origin of the Euphrates and runs roughly parallel to it. Mesopotamia is situated between these two rivers and literally means, “country between the two rivers”, also called the Fertile Crescent.

Both rivers are navigable only by boats with a shallow draft and at present are not fit for heavy shipping; add to this that the Tigris is heavily dammed.

The city of Babylon however was built with the Euphrates River running through it, and according to one source, Semiramis queen of ancient Babylon had some three thousand ships plying these waters.

Things changed when Cyrus invaded the city by diverting the river onto the plains surrounding it. Some soldiers then crossed under the walls into the city and finding the inhabitants in a drunken stupor (see Daniel 5), merely opened the city gates for the rest of the army to enter it and took the city in 539 B.C.

The Darius the Mede mentioned in the chapter referenced above is likely a man named Gubaru, the governor of Babylon under Cyrus. Darius was a man with tremendous power and authority, yet was still accountable to Cyrus.

By diverting the Euphrates River, Cyrus did not help the river’s flow any. And the subsequent decision by the Persians to dam and dig cataracts into the river to impede invaders from sending raiding parties into their territory certainly must have added to the silt build up on the bottom, forcing any serious shipping to a halt.

Would a concentrated dredging effort make it possible for large ships to dock in Babylon, making it a great commercial center once again? Men are capable of unbelievable things when they put their minds to it.

With this background in mind, the theory is this, the Euphrates is not just a barrier for the kings of the east; it cuts Israel off from nearly everything to the east.

With the possible exception of the small piece of land between the origin of the Euphrates in the mountains of Turkey and the Black Sea to the north, there is no way to get to Israel without crossing the Euphrates River.

As a result, Iran, Afghanistan, Pakistan, India, even Red China and other points east have to cross the Euphrates to arrive at the beast’s staging point in the valley of Jezreel near Mount Megiddo.

It may even be possible that these armies will gather around Babylon before crossing the Euphrates at that location.

When considering these three unclean spirits who are demons performing signs (attesting miracles); sent from the dragon (Satan), the beast, and the false prophet, one wonders what their message might be.

Perhaps the message will be via the same avenues of temptation and sin that occurred in the Garden of Eden.

These three venues are recounted in 1 John 2:16:

“…the lust of the flesh”, is the desire to reign on earth unfettered by the rules of God.

“…the lust of the eyes”, would include the desire to see a man seated on the throne of God.

“…the pride of life”, is the desire for the wisdom of man to conquer the earth.

Verses 16-17 are shown in their entirety here for context and for your convenience.

Regardless of the message or the signs, the intent is to gather the entire world, to once and for all, annihilate Israel. This is not just some whim; the reason is two-fold and practical from Satan’s standpoint.

Reason one, God has, in a great number of Scripture passages promised that Israel will always exist.

“Listen to Me, O house of Jacob, and all the remnant of the house of Israel, who have been upheld by Me from birth, who have been carried from the womb: Even to your old age, I am He, and even to gray hairs I will carry you! I have made, and I will bear; even I will carry, and will deliver you.” Isaiah 46:3-4.

“But Israel shall be saved by the Lord with an everlasting salvation; you shall not be ashamed or disgraced forever and ever.” Isaiah 45:17.

If Satan can make one of God’s promises fail then he can undermine the very character of God Himself, and then indeed he shall “…be like the most High.” Isaiah 14:14b.

Reason two, to utterly destroy Israel, would be sweet revenge indeed for men who have suffered the plagues sent by God throughout the tribulation. And perhaps the destruction of Israel might end them.

Another rendering of Revelation 16:14 goes like this, “For they are spirits of demons, performing signs, which go out to the kings of the whole world, to gather them to the battle of that great day of God Almighty.”

The emphasis here is on the fact that they are “the kings of the whole world”. This stupefying gathering will consist of everyone who can lift a weapon.

“Proclaim this among the nations: ‘Prepare for war! Wake up the mighty men, let all the men of war draw near, let them come up. Beat your plowshares into swords and your pruninghooks into spears; let the weak say, “I am strong.’” Assemble and come, all you nations, and gather together all around. Cause Your mighty ones to go down there, O Lord.” Joel 3:9-11.

It says of the beast that:

“…he shall honor a god of fortresses; and a god which his fathers did not know he shall honor with gold and silver, with precious stones and pleasant things.” Daniel 11:38.

In other words, his army will be the most modern, technologically advanced in the history of the world, with ships, aircraft, heavy armor, and disciplined well trained, soldiers.

Some of these kings of the earth may well have modern armies too. But the bulk of the armies that gather in Jezreel will be a rag tag group of slaves, farmers, thieves, and many others, making up a mob of greedy, half-starved, and angry people in a bloodlust frenzy.

Among these are the weak and the misfits who say, “I am strong”. And having no weapons, have beaten their “plowshares into swords and your pruninghooks into spears”.

On horseback and afoot they come, with their machetes, axes, and old shotguns; so powerful is the message of the three frog spirits.

It would be interesting to know how many guns this rabble will bring, what with the emphasis on disarming the citizens of the United States, and throughout the world today.

The globalists have already done a remarkable job of dumbing down the upcoming generation of the world’s children, creating a people who will not only freely give up their weapons, but will want to.

The germ of the beast’s one world government is already beginning to sprout.

So, why not just nuke the place? After all Israel is just a sliver of land approximately 250 miles long and about 150 miles wide at its widest point. Containing some 10,733 square miles, it is just a little larger than the state of Vermont’s 9,250 square miles.

Other than Iran’s eager desire to blast Israel into nothingness out of sheer hatred, it is not a practical option; Israel is a rich nation and it sits on a lot of valuable natural resources.

You cannot plunder radioactive goods, especially if they are melted into a blob of goo, and mining its resources on radioactive ground are likewise impractical.

And of course evil prefers a hands-on approach to murdering an entire populace, so this brute force invasion by an army of millions cannot fail against so small a nation. But God has made His promises and not one will fall to the ground.