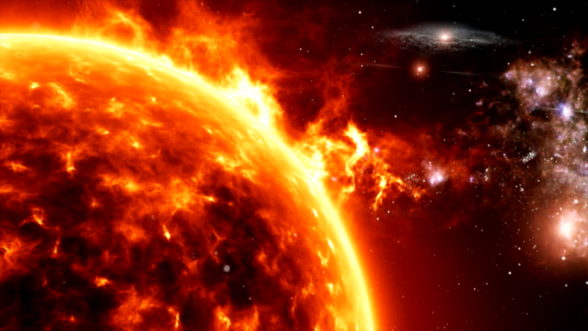 “So the first went and poured out his bowl upon the earth, and a foul and loathsome sore came upon the men who had the mark of the beast and those who worshiped his image.” Revelation 16:2.

In Revelation 15:5-8 posted on 9-18-22 seven angels are given the seven last plagues, the bowls of the wrath of God, and in Revelation 16:1, they are told to pour them out upon the earth. The time frame here is likely very close to the end of the last 3 ½ years of the tribulation.

The first bowl brings foul and loathsome sores upon the beast worshipers only. This sore has been described as a wound, an ulcer, especially a wound producing pus.

Some have referred back to the blains (inflammatory swelling or sore) upon the Egyptians during the ten plagues, Exodus 9:8-12, which is sometimes translated boils.

The nature of this plague would suggest that it is indeed late in the tribulation and all of the earth would have had time to take the mark of the beast or reject it.

It is not likely that a rational person would take a mark that causes one to have a foul and malignant sore upon their person. Especially if they are the least bit vain or conscious of their looks.

“Then the second angel poured out his bowl on the sea, and it became blood as of a dead man; and every living creature in the sea died.” Revelation 16:3.

Of all the plagues, this is the most catastrophic; if God just walked away at this point and did nothing else, the earth would suffocate within a very short period of time.

The possible result of this horrific incident is discussed in some detail in Revelation 8:7-9 posted on 7-10-22, the turning of one third of the sea into blood is examined in verses 8-9.

The important thing to note is that the sea is responsible for 50% of earth’s oxygen supply; this process stops with the sea turning to blood.

Scripture states “it became blood”, nothing else here is allegorical and neither is this, it is blood. It is not just blood but it is “as of a dead man”.

The filth and disease is unimaginable. Not only would this be bad for us, it is disastrous for all life in the sea, everything dies!

This is so hard to imagine, it is much easier to say that all the waters of the Mediterranean turned to blood, as many postulate, but this plague is upon the whole earth.

Blood everywhere to the bottom of the Challenger Deep, 35,994 feet, 6.82 miles in the Marianna Trench, 190 miles from Guam, to the white sand shores of Saint Lucia, not far from Granada and Barbados and throughout the 71% of the earth’s surface which is 97% of the world’s water supply.

This may be irrelevant but it is possible that the glaciers and North and South Pole icecaps are left as is, since they are not seas or springs. Not exactly a ready source of water, unless a person lived near them.

“Then the third angel poured out his bowl on the rivers and springs of water, and they became blood. And I heard the angel of the waters saying: ‘You are righteous, O Lord, the One who is and who was and who is to be, because You have judged these things. For they have shed the blood of saints and prophets, and You have given them blood to drink. For it is their just due.’ And I heard another from the altar saying, ‘Even so, Lord God Almighty, true and righteous are Your judgments.’” Revelation 16:4-7.

Just as in the trumpet judgments the second trumpet caused one third of the sea to be turned to blood in chapter 8, then the third trumpet affected the springs of water by turning one third into wormwood.

And here in Revelation 16:4 the rivers and springs of water are again affected, this time turning them into blood instead of wormwood.

This blood is not called that of a dead man, so it may just be blood; can you drink this? I am not sure I want to research that question.

What I do know is that when it happened to the Egyptians they dug around the river Nile for fresh water, Exodus 7:20-25 and that the river ran fresh after a short period of time.

“And I heard the angel of the waters saying”; the idea here is, the angel presiding over the waters, indicating that angels have specific jobs.

Whether this job is permanent or, as assigned, is not clear. It can be said though that they do have rank, and this comes into play when dealing with other angels, fallen or otherwise.

It is what this angel actually says that is fascinating. He begins by praising God’s righteousness, and rightfully so, then continues to say that these people deserve blood to drink because of their wanton bloodshed of God’s people, “it is their just due”.

Angels have been messengers to God’s people, have strengthened them, saved them, and carried out God’s orders to kill men, yet I do not recall ever hearing of one of them saying anything critical of mankind.

This angel, having witnessed history from Genesis to Revelation finally gives witness as to mankind’s stubborn, evil sin nature. By judgment day, the jury will have fully reached a verdict in the case of God versus Satan.

If this is the case, then we have a two-fold testimony, both from the martyrs who endured these torments and the angel who witnessed them.

“Then the fourth angel poured out his bowl on the sun, and power was given to him to scorch men with fire. And men were scorched with great heat, and they blasphemed the name of God who has power over these plagues; and they did not repent and give Him glory.” Revelation 16:8-9.

It says here that “they did not repent and give Him glory”; does this mean that they could repent and accept Christ as their Savior?

Bear in mind that Scripture says this of beast worshipers.

“If anyone worships the beast and his image, and receives his mark on his forehead or on his hand, he himself shall also drink of the wine of the wrath of God, which is poured out full strength into the cup of His indignation. And he shall be tormented with fire and brimstone in the presence of the holy angels and in the presence of the Lamb.” Revelation 14:9b-10.

Those who take the mark have made up their minds and no manner of signs, wonders, plagues, preaching, and pleading by God is going to make any difference in their choice.

These people have made their decision, taken the mark and set their course and nothing is going to deter them. In other words they have reached a point of reprobation. They are the walking dead.

God tells everyone not to take the mark because in His foreknowledge He knows that all who do will not change and this will make them guilty of willful disobedience. This lack of repentance is just an outward sign of an inward condition of the heart.

According to the Jamieson, Fausset and Brown Commentary, the power was given to the sun to scorch the men.

The reference to, the men, indicates that it is those with the mark of the beast who are scorched by the sun. This seems to exclude those who have refused the mark and accepted Christ as their Savior.

“Then the fifth angel poured out his bowl on the throne of the beast, and his kingdom became full of darkness; and they gnawed their tongues because of the pain. And they blasphemed the God of heaven because of their pains and their sores, and did not repent of their deeds.” Revelation 16:10-11.

Again, they blaspheme God and do not repent; if anything comes out of this study it should be that men are capable of willful rejection of God and completely giving themselves over to evil.

“The heart is deceitful above all things, and desperately wicked; who can know it?” Jeremiah 17:9.

The reason for this blasphemy is because of “their pains and their sores”, and knowing that these things are from God they do not repent of their evil deeds.

These pains and sores show us that they still have the foul and malignant sores, and are still in agony from the sun’s scorching heat. Whether this heat is still present is not stated.

There is good evidence that the throne of the beast will be located in the city of Babylon, which is being rebuilt even now, having been started by the late Saddam Hussein.

While this darkness is not one that can be felt as it was in Egypt, Exodus 10:21-23, it is debilitating.

“Let all the inhabitants of the land tremble; for the day of the Lord is coming, for it is at hand: a day of darkness and gloominess, a day of clouds and thick darkness, like the morning clouds spread over the mountains.” Joel 2:1b-2a.

“The sun and moon will grow dark, and the stars will diminish their brightness.” Joel 3:15.

“Immediately after the tribulation of those days the sun will be darkened, and the moon will not give its light; the stars will fall from heaven, and the powers of the heavens will be shaken.” Matthew 24:29.

This is the darkness that the Lord spoke of concerning His return with all the saints and angels.

“For as the lightning comes from the east and flashes to the west, so also will the coming of the Son of Man be.” Matthew 24:27.

If you have ever seen the first “Independence Day” movie, you may be able to visualize this. In a nighttime scene over Iraq a gigantic spacecraft breaks into the atmosphere and lights up the sky with a great fiery show that is seen by all; this is but a small visual image of the return of Christ.

Again, after Moses had spent forty days and nights on the mountain in the presence of the Lord his face shone with the glory of God.

“Now it was so, when Moses came down from Mount Sinai (and the two tablets of the Testimony were in Moses’ hand when he came down from the mountain), that Moses did not know that the skin of his face shone while he talked with Him. So when Aaron and all the children of Israel saw Moses, behold, the skin of his face shone, and they were afraid to come near him. Then Moses called to them, and Aaron and all the rulers of the congregation returned to him; and Moses talked with them.” Exodus 34:29-31.

If the skin of Moses’ face shone after only forty days and nights in the physical presence of God, how much more will the saints, angels and Christ shine with the glory of God upon His return?

This is why the sky will be ripped open as in a gigantic lightning storm when Christ makes His glorious appearance.

“…when the Lord Jesus is revealed from heaven with His mighty angels, in flaming fire taking vengeance on those who do not know God, and on those who do not obey the gospel of our Lord Jesus Christ. These shall be punished with everlasting destruction from the presence of the Lord and from the glory of His power, when He comes, in that Day, to be glorified in His saints and to be admired among all those who believe, because our testimony among you was believed.” 2 Thessalonians 1:7b-10.