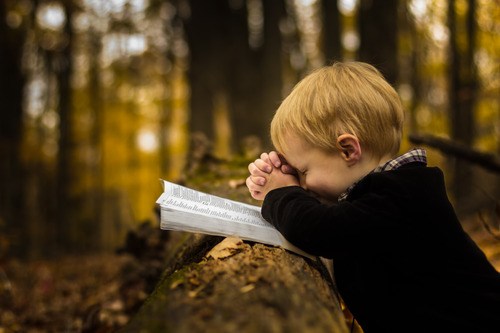 “And when you offer a sacrifice of thanksgiving to the Lord, offer it of your own free will.” Leviticus 22:29.

“Therefore I will give thanks to You, O Lord, among the Gentiles, and sing praises to Your name.” 2 Samuel 22:50.

“Oh, give thanks to the Lord! Call upon His name; make known His deeds among the peoples!” 1 Chronicles 16:8.

“For in the days of David and Asaph of old there were chiefs of the singers, and songs of praise and thanksgiving to God.” Nehemiah 12: 46.

“Therefore I will give thanks to You, O Lord, among the Gentiles, and sing praises to Your name.” Psalm 18:49.

“That I may proclaim with the voice of thanksgiving, and tell of all Your wondrous works.” Psalm 26:7.

“Sing praise to the Lord, you saints of His, and give thanks at the remembrance of His holy name.” Psalm 30:4.

“I will give You thanks in the great congregation; I will praise You among many people.” Psalm 35:18.

“Offer to God thanksgiving, and pay your vows to the Most High.” Psalm 50:14.

“I will praise the name of God with a song, and will magnify Him with thanksgiving.” Psalm 69:30.

“So we, Your people and sheep of Your pasture, will give You thanks forever; we will show forth Your praise to all generations.” Psalm 79:13.

“Let us come before His presence with thanksgiving; let us shout joyfully to Him with psalms.” Psalm 95:2.

“Rejoice in the Lord, you righteous, and give thanks at the remembrance of His holy name.” Psalm 97:12.

“Make a joyful shout to the Lord, all you lands! Serve the Lord with gladness; come before His presence with singing. Know that the Lord, He is God; it is He who has made us, and not we ourselves; we are His people and the sheep of His pasture. Enter into His gates with thanksgiving, and into His courts with praise. Be thankful to Him, and bless His name. For the Lord is good; His mercy is everlasting, and His truth endures to all generations.” Psalm 100.

“Oh, give thanks to the Lord! Call upon His name; make known His deeds among the peoples.” Psalm 105:1.

“Praise the Lord! Oh, give thanks to the Lord, for He is good! For His mercy endures forever.” Psalm 106:1.

“Oh, that men would give thanks to the Lord for His goodness, and for His wonderful works to the children of men!” Psalm 107:8.

“Oh, that men would give thanks to the Lord for His goodness, and for His wonderful works to the children of men! Let them sacrifice the sacrifices of thanksgiving, and declare His works with rejoicing.” Psalm 107:21-22.

“I will offer to You the sacrifice of thanksgiving, and will call upon the name of the Lord.” Psalm 116:17.

“At midnight I will rise to give thanks to You, because of Your righteous judgments.” Psalm 119:62.

“Surely the righteous shall give thanks to Your name; the upright shall dwell in Your presence.” Psalm 140:13.

“Sing to the Lord with thanksgiving; sing praises on the harp to our God, who covers the heavens with clouds, who prepares rain for the earth, who makes grass to grow on the mountains. He gives to the beast its food, and to young ravens that cry. He does not delight in the strength of the horse; He takes no pleasure in the legs of a man. The Lord takes pleasure in those who fear [reverently trust] Him, in those who hope in His mercy.” Psalm 147:7-11.

“Now when Daniel knew that the writing [a law that no one could pray to anyone but the king] was signed, he went home. And in his upper room, with his windows open toward Jerusalem, he knelt down on his knees three times that day, and prayed and gave thanks before his God, as was his custom since early days.” Daniel 6:10.

“And they went before the king, and spoke concerning the king’s decree: ‘Have you not signed a decree that every man who petitions any god or man within thirty days, except you, O king, shall be cast into the den of lions?’ The king answered and said, ‘The thing is true, according to the law of the Medes and Persians, which does not alter.’” Daniel 6:12.

“Those who regard worthless idols forsake their own Mercy. But I will sacrifice to You with the voice of thanksgiving; I will pay what I have vowed. Salvation is of the Lord.” So the Lord spoke to the fish, and it vomited Jonah onto dry land.” Jonah 2:8-10.

“And do not be drunk with wine, in which is dissipation; but be filled with the Spirit, speaking to one another in psalms and hymns and spiritual songs, singing and making melody in your heart to the Lord, giving thanks always for all things to God the Father in the name of our Lord Jesus Christ…” Ephesians 5:18-20.

“Be anxious for nothing, but in everything by prayer and supplication, with thanksgiving, let your requests be made known to God; and the peace of God, which surpasses all understanding, will guard your hearts and minds through Christ Jesus.” Philippians 4:6-7.

“As you have therefore received Christ Jesus the Lord, so walk in Him, rooted and built up in Him and established in the faith, as you have been taught, abounding in it with thanksgiving.” Colossians 2:6-7.

“And whatever you do in word or deed, do all in the name of the Lord Jesus, giving thanks to God the Father through Him.” Colossians 3:17.

“Rejoice always, pray without ceasing, in everything give thanks; for this is the will of God in Christ Jesus for you.” 1 Thessalonians 5:16-18.

“Therefore I exhort first of all that supplications, prayers, intercessions, and giving of thanks be made for all men, for kings and all who are in authority, that we may lead a quiet and peaceable life in all godliness and reverence.” 1 Timothy 2:1-2.

“Therefore by Him let us continually offer the sacrifice of praise to God, that is, the fruit of our lips, giving thanks to His name.” Hebrews 13:15.

“Amen! Blessing and glory and wisdom, thanksgiving and honor and power and might, be to our God forever and ever. Amen.” Revelation 7:12.

The word thanksgiving occurs 32 times in 31 verses; thanks occurs 75 times in 72 verses in the New King James Version, these are some of them.

In the first winter after the Pilgrims had landed at Plymouth in 1620 a time they called the “General Sickness” set in. weakened by three months at sea on the small craft the Mayflower, the colonists began to succumb to scurvy and other illnesses brought on by their weakened condition.

By the time it was over 47 people, nearly half of their original number, had died. Thirteen out of eighteen wives died, leaving all but three families unbroken. Of the children, three boys out of thirteen died, with all of the seven girls surviving.

This pitiful little group would not have survived much longer if it were not for the careful hand of God who sent them an Indian of the Patuxet tribe named Squanto who, having lost his entire tribe to a sickness, adopted them.

Because of the providence of God and the help of this kindly man who taught the settlers to hunt, fish, and plant corn, they brought in a bounty so great that they celebrated a day of Thanksgiving in October of that first year. They also invited some friendly Indians.

Massasoit chief of the Wampanoags arrived a day early with 90 Indians. The settler’s hearts sank in despair as they counted the Indians, how would they feed them all?

But these friends that God had provided did not come empty handed; five dressed deer, more than a dozen wild turkeys, and they helped with the preparations. The Pilgrims were taught how to make hoecakes, a pudding made out of cornmeal and maple syrup, and how to make popcorn!

The Pilgrims provided many vegetables from their own gardens; carrots, onions, parsnips, cucumbers, beets, cabbages, and the like. They were also able to make pies from some of the fruit that the Indians brought.

This Thanksgiving Day was so much fun that it was extended for another three days.

Due to the unexpected arrival of 35 new colonists, things again became desperate that next winter, because of the extra mouths to feed food was soon rationed down to 5 kernels of corn a day.

But they did not give in to despair, rather, trusting in Christ not one of them starved that season. In fact they traded with the Indians for corn with some articles they were able to barter for off a ship that came into their harbor. The ship had no extra food, but plenty of hard goods which they traded for beaver pelts.

The bounty that next planting season was so great that the settlers again decided to celebrate a Thanksgiving Day.

Massasoit was again invited as guest of honor and he brought his principal wife, and three other chiefs, 120 braves, and being a good guest he also brought venison and turkey again.

There were also goats, hogs, chickens, vegetables, nuts, grapes, and plums of different sorts in this huge spread.

Yet the first course of the meal consisted of an empty plate with 5 kernels of corn; lest anyone should forget.

But we have forgotten now have we not?

Thanksgiving has become turkey day with few and far between actually knowing what this is all about. And now the greedy merchants are invading it with shops open at daybreak bringing Black Friday into a Thursday which was dedicated to thanking God.

Lest we forget; remind your children of what America was meant to be by these men and women who suffered so much. A country dedicated to Christ, “A city set on a hill”.

Thanksgiving taken from godisrevealed.com reposted on 11-21-22.
Information for the Pilgrims’ story taken from “The Light and the Glory”; by Peter Marshall and David Manuel, published by Fleming H. Revell Co.