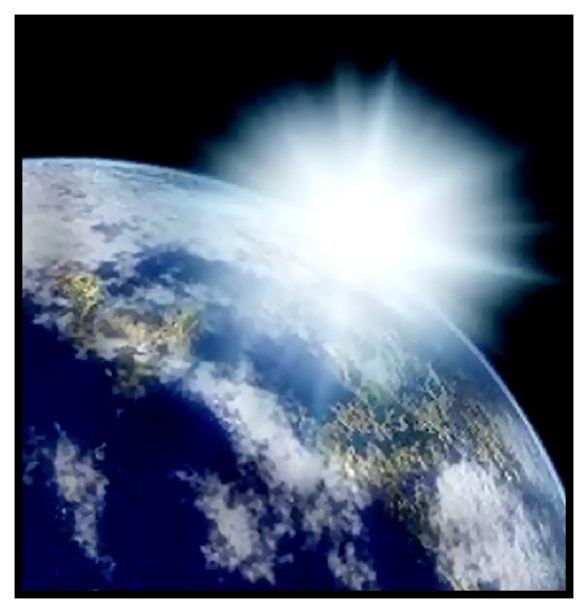 “Oh, sing to the Lord a new song! For He has done marvelous things; His right hand and His holy arm have gained Him the victory. The Lord has made known His salvation; His righteousness He has revealed in the sight of the nations.” Psalm 98:1-2.

Unlike Psalm 97, which is a continuum of Psalm 96, Psalm 98 is a new song, as it says in the first verse “Oh, sing to the Lord a new song!” So Psalm 98 is a bit different, but is of the same theme carried throughout these three psalms; the return of Christ and His millennial reign.

Some expositors see verse one as the fulfillment of the Lord’s victory on the cross, and I believe this should never leave our sight because Jesus is portrayed as the arm of God in the Messianic prophecies in Isaiah 52 and 53.

“Who has believed our report? And to whom has the arm of the Lord been revealed?” Isaiah 53:1.

As you read on to the end of Isaiah 53 it becomes obvious that this is a description of Jesus’ first advent and of His death on the cross.

The arm of the Lord is Christ, God the Son, the visible power and physical manifestation of the invisible, eternal God who will send the Lord Jesus for us in His own time.

“But godliness with contentment is great gain.” 1 Timothy 6:6.

“But you, O man of God, flee these things and pursue [godliness with contentment] righteousness, godliness, faith, love, patience, gentleness. Fight the good fight of faith, lay hold on eternal life, to which you were also called and have confessed the good confession in the presence of many witnesses.” 1 Timothy 6:11-12.

“…that you keep this commandment without spot, blameless until our Lord Jesus Christ’s appearing, which He [God the Father] will manifest in His own time, He who is the blessed and only Potentate, the King of kings and Lord of lords, who alone has immortality, dwelling in unapproachable light, whom no man has seen or can see, to whom be honor and everlasting power. Amen.” 1 Timothy 6:14-16.

While it is imperative that we remember the Lord Jesus in this manner, it is also true that the new song of Psalm 98 is “Our God reigns! Our God reigns because this psalm concerns the millennium.

The horrors of the tribulation are over, the death; the rot and the stench of the battle of Armageddon have gone. And the separation of the sheep from the goats completed.

The Devil and his fallen angel army are imprisoned for a thousand years. Finally there is true peace on earth.

“The Lord has made known His salvation; His righteousness He has revealed in the sight of the nations.” Psalm 98:2.

This could certainly be said of the gospel of Jesus Christ which was preached throughout the whole earth in the apostle’s time.

“…the hope of the gospel which you heard, which was preached to every creature under heaven, of which I, Paul, became a minister.” Colossians 1:23b.

However, this is a reference to Christ’s glorious appearing when He comes to put down all rebellion of mankind and establish His kingdom of righteousness.

“Immediately after the tribulation of those days the sun will be darkened, and the moon will not give its light; the stars will fall from heaven, and the powers of the heavens will be shaken. Then the sign of the Son of Man will appear in heaven, and then all the tribes of the earth will mourn, and they will see the Son of Man coming on the clouds of heaven with power and great glory.” Matthew 24:29-30.

Can you see how Jesus’ appearing on the clouds of heaven before all mankind would reveal His salvation. This is not just His salvation as the Christ who was crucified to put away sin, His glorious appearing would vindicate all who preached Christ Jesus and Him crucified.

There is another salvation too, saving alive all of those who have trusted Him and been faithful throughout the tribulation period.

“For then there will be great tribulation, such as has not been since the beginning of the world until this time, no, nor ever shall be. And unless those days were shortened, no flesh would be saved [remain alive]; but for the elect’s [Christians] sake those days will be shortened.” Matthew 24:21-22.

“…knowing this first: that scoffers will come in the last days, walking according to their own lusts, and saying, ‘Where is the promise of His coming? For since the fathers fell asleep, all things continue as they were from the beginning of creation.’” 2 Peter 3:3-4.

Every mouth will be shut. Unfortunately even those of some Christians who despaired of His return.

“But without faith it is impossible to please Him, for he who comes to God must believe that He is, and that He is a rewarder of those who diligently seek Him.” Hebrews 11:6.

“Therefore we also, since we are surrounded by so great a cloud of witnesses, let us lay aside every weight, and the sin which so easily ensnares us, and let us run with endurance the race that is set before us, looking unto Jesus, the author and finisher of our faith, who for the joy that was set before Him endured the cross, despising the shame, and has sat down at the right hand of the throne of God.” Hebrews 12:1-2.

“Therefore strengthen the hands which hang down, and the feeble knees, and make straight paths for your feet, so that what is lame may not be dislocated, but rather be healed. Pursue peace with all men, and holiness, without which no one will see the Lord: looking diligently lest anyone fall short of the grace of God; lest any root of bitterness springing up cause trouble, and by this many become defiled…” Hebrews 12:12-15.