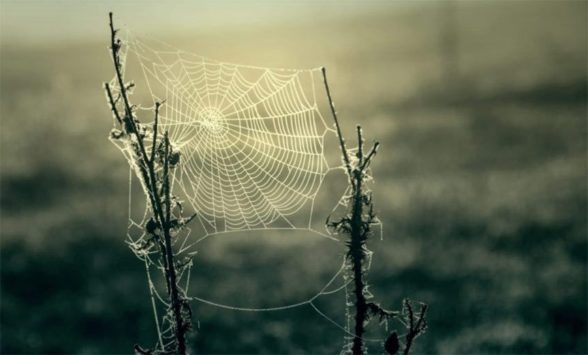 God does things for a reason, so I wondered why He would change the order of these lists. The best and simplest answer to this question is that the lists were inverted to confirm that God had made these creatures, all of them simultaneously, not in some evolutionary order.

I owe this answer to Henry M. Morris, from his book entitled, “The Genesis Record”, published by Baker Press.

This book or his other, much shorter book, “The Beginning of the World”, published by Master Books, would be worth your while to read.

These books are written from the young earth standpoint (6,000 to 10,000 years) and would help you to see both sides, of the gap and the young earth theories, giving you a well rounded view of the beginning of all things.

Now concerning the day age theories, for which there is no evidence for Christians to even consider them, unless they believe in evolution.

That the six days of creation were six actual days has already been established in that every day of creation is noted, by God, as, “the evening and the morning were the first day, the second day, the third day, the fourth day, the fifth day, the sixth day”; why is that so difficult to understand?

The creation of the heavens and the earth out of nothing is a miraculous thing, what if these miracles were instantaneous or took decades or millions of years to accomplish. Would they still be miracles?

A fellow named Mr. Whiston stated that a day was the equivalent of a year, so the six days of creation took six years. A man named Hugh Miller (1802-1856) popularized the day age theory in his book “Testimony of the Rocks”.

That none of these day age theories is worth the powder to blow them all to oblivion will be seen in the next few lines.

On the first day, God created light and separated light and darkness into 12 hour rotations; decades or thousands of years go by.

God came back on the second day, and separated the waters from the waters; decades or thousands of years go by.

God came back on the third day and brought the dry land forth and made every kind of vegetation creating an absolutely lush and abundant earth; decades or thousands of years go by, or even many years or centuries if you would prefer.

God came back on the fourth day – and everything on earth was dead!

But He brought forth the sun, moon and the stars anyway – hello, why was all of that lush greenery dead?

Well the answer to that is something that you would think that a genius who came up with the day age theory would have thought of.

Plants breathe carbon dioxide and in the process of using it, they breathe out oxygen. When over a period of decades or billions of years the plants convert all of the usable carbon dioxide into oxygen they will die because there is no more!

This planet would turn into a dead ball of mud without animal life to turn the oxygen back into carbon dioxide, and it would die in less than a year, or two or three, never mind millions or billions.

Plants are alkaline, while they are busily using up all of the carbon dioxide in the atmosphere, they are turning everything alkaline. The respiration of animals and man is acidic, acid and alkaline substances cancel each other out.

This is the balance of nature; carbon dioxide to oxygen, alkalinity cancelled by acidity.

Insects help to pollinate plants. Spiders and other predators help control plant eating insects, without balance many, if not all plants would die out.

Insects were not created until the sixth day; two days and change which are decades or thousands of years long (length of a day age is unknown).

It is quite possible that most of the vegetation would die off; leaving an earth which would resemble one huge desert, if they did not all die off. Which they would for the other reasons listed above.

Evolution does not work for the same reasons, balance of nature. Imagine, the first cell just happens in an inorganic environment. Crash goes the lightning and a cell is born.

Okay, let us assume that the cell came by accident with a fully functioning DNA, it takes energy to reproduce, and what does it eat?

Well, our hypothetical cell eats rocks and begins to reproduce at the rate most single celled organisms do.

The reason this would happen is that without any predators to keep the balance of nature, the single celled organism would proliferate exponentially; it is conceivable that the earth would be covered miles thick with this organism.

But that would not happen, because without plants the oxygen would have been depleted long before they got too deep all over the earth. So our single cell organism would die out completely and earth would have to wait many billion years for the next miracle of blind evolution.

By the way, if you mention the oxygen depletion problem to an evolutionist, he will just make something up, like, perhaps the earth’s atmosphere was made up of something different like a heavy ammonia based concoction or something. You cannot prove anything to someone who does not want to believe.

Undeterred God returned on the fifth day and filled the dead seas with all manner of aquatic life from sea monsters to small creatures. He then created birds to fly above and starve to death due to the lack of vegetation in and out of the waters.

Finally on the sixth day God returned to a dead planet. Dead for the same reasons the plant life died off, nature was not in balance. Animals being acidic with no alkaline plant life to balance it soon died off due to acidic seas and lack of oxygen.

Apparently, since it is not recorded in Scripture, we find that whether over 6 years or 6 billion God ignored these conditions and created land animals, “cattle and creeping thing and beast of the earth…”

This is the end of the first part of day six; we will take up the rest of it when we witness God creating man.

“For the word of God is living and powerful, and sharper than any two-edged sword, piercing even to the division of soul and spirit, and of joints and marrow, and is a discerner of the thoughts and intents of the heart. And there is no creature hidden from His sight, but all things are naked and open to the eyes of Him to whom we must give account.” Hebrews 4:12-13.