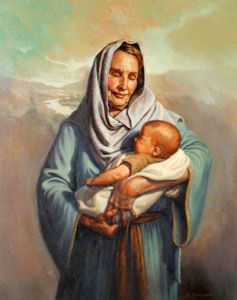 “And to the angel of the church in Sardis write, ‘These things says He who has the seven Spirits of God and the seven stars: ‘I know your works, that you have a name that you are alive, but you are dead. Be watchful, and strengthen the things which remain, that are ready to die, for I have not found your works perfect [finished or complete] before God. Remember therefore how you have received and heard; hold fast and repent. Therefore if you will not watch, I will come upon you as a thief, and you will not know what hour I will come upon you.’” Revelation 3:1-3.

The above has been added to maintain context, this post will be covering Revelation 3:4-6.

“You have a few names even in Sardis who have not defiled their garments; and they shall walk with Me in white, for they are worthy. He who overcomes shall be clothed in white garments, and I will not blot out his name from the Book of Life; but I will confess his name before My Father and before His angels.” Revelation 3:4-5.

It is a righteousness that is imputed to us (put to our account) through the shed blood of Jesus.

“For what does the Scripture say? ‘Abraham believed God, and it was accounted [imputed, credited] to him for righteousness.’ Now to him who works, the wages are not counted as grace but as debt. But to him who does not work but believes on Him who justifies the ungodly, his faith is accounted for righteousness, just as David also describes the blessedness of the man to whom God imputes righteousness apart from works: ‘Blessed are those whose lawless deeds are forgiven, and whose sins are covered; blessed is the man to whom the Lord shall not impute sin.’” Romans 4:3-8.

These are the white garments we will wear in heaven.

It is possible to soil our garments here on earth, not the heavenly white ones, but our moral garments. The men of Sardis soiled theirs by allowing themselves to be distracted from the pure gospel of Christ and being drawn back into the world’s way of running a church.

When you do that, the church becomes a cold dry place, nothing more than a beautiful building taking up space on prime real estate. It is always all about Jesus.

It is important to understand, this is not just about buying the fire insurance. There is more to Christianity than not going to hell.

“If then you were raised with Christ, seek those things which are above, where Christ is, sitting at the right hand of God. Set your mind on things above, not on things on the earth. For you died, and your life is hidden with Christ in God. When Christ who is our life appears, then you also will appear with Him in glory.” Colossians 3:1-4.

I realize that this is a tall order but it will make a great difference in your life here on earth, especially if it has been a struggle for you; read all of Colossians 3:1-17 for a clearer understanding of how to keep your garments clean.

Do not worry if you do not change overnight, if you allow the Lord to work in your life He will change you. If you feel that this is too fanatical to do, I suggest you read your fire insurance policy, you may not be covered.

Now the Book of Life, that is interesting. The Book of Life as nearly as can be understood is a book that has all the names of every person to ever exist from Adam and Eve on.

This being the case, the Book of Life also contains the name of every child who died in the womb, every child that was aborted by termination or spontaneously.

If you have lost a child, you now know where they are, with Jesus!

A person’s name will remain in the Book of Life until they have said no to Christ for the last time, at which point it is blotted out.

It is likely that the blotting out does not happen until the moment of death, however this does not have to be so, if a person becomes so reprobate and stubborn in life that they will never change, it may well be erased long before death. History is full of these people.

That is why you can say that Jesus died even for Adolph Hitler’s sins, which will get you some screams of derision and a lively debate.

The key here is that Hitler had reached a point of reprobation and was blotted out long before he took over Germany. His sins were paid for but he had long ago refused the salvation that is in Jesus Christ.

The first mention of the Book of Life is in Exodus 32:32-33. The scene is as follows; the children of Israel had sinned against God by making a golden calf to worship.

This was done in Moses’ absence while he was on Mount Sinai for forty days. Seeing the people’s sin Moses returned to the mountain to intercede for them, this is what he said.

“Yet now, if you will forgive their sin – but if not, I pray, blot me out of Your book which You have written.” And the Lord said to Moses, ‘Whoever has sinned against Me, I will blot him out of My book.’” Exodus 32:32-33.

Being blotted out of the book would have meant sending Moses to hell, not many people would have that much love for others.

“Let them be blotted out of the book of the living, and not be written with the righteous.” Psalm 69:28.

This is a Messianic Psalm and refers to those who would reject Christ at His first advent. There are other references which will be taken up at another time, but let us leave this subject with one final verse.

“And I urge you also, true companion, help these women who labored with me in the gospel, with Clement also, and the rest of my fellow workers, whose names are in the Book of Life.” Philippians 4:3.

“He who has an ear, let him hear what the Spirit says to the churches.” Revelation 3:6.