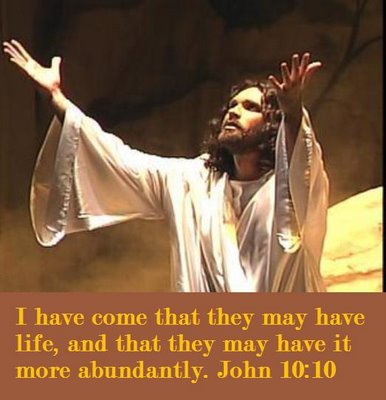 Verse seven in this chapter tells us that when they sinned the eyes of both of them were opened; they knew they were naked and tried to cover themselves. The coverings were an admission of guilt, yet out of a growing sense of the frightful consequences of their sin they hid themselves.

Notice that it says Adam and his wife, not Adam and Eve. God also directs His question to Adam, not to Adam and Eve. Adam is the head of his household and the corporate head of mankind; as such he is responsible for the actions of both of them.

This does not mean that Eve was inferior, nor does it mean that when they walked in the cool of the evening with God that Eve was not invited to be a part of the conversations.

Eve and all women are co-equal with men in God’s eyes, but there is a definite sense of order to be maintained.

It is not that God did not know where Adam was, the question was for Adam to ask himself. This is a question that each of us should ask ourselves occasionally.

Where are you? Are you far from God? Are you afraid to return? Are you contemplating committing some sin; have you justified it in your mind? Are you angry, bitter, contemplating suicide? God is near and He holds out His hands to you and beckons you to come to Him for He is merciful.

“But go and learn what this means: ‘I desire mercy and not sacrifice.’ For I did not come to call the righteous [self-righteous], but sinners, to repentance.” Matthew 9:13.

“He who covers his sins will not prosper, but whoever confesses and forsakes them will have mercy.” Proverbs 28:13.

“To the Lord our God belong mercy and forgiveness, though we have rebelled against Him.” Daniel 9:9.

“Let us therefore come boldly to the throne of grace, that we may obtain mercy and find grace to help in time of need.” Hebrews 4:16.

“The Lord is gracious and full of compassion, slow to anger and great in mercy. The Lord is good to all, and His tender mercies are over all His works.” Psalm 145:8-9.

“Trust in the Lord with all your heart, and lean not on your own understanding; in all your ways acknowledge Him, and He shall direct your paths. “ Proverbs 3:5-6.

“For God so loved the world that He gave His only begotten Son, that whoever believes in Him should not perish but have everlasting life. For God did not send His Son into the world to condemn the world, but that the world through Him might be saved.” John 3:16-17.

We now see the interaction between man and God as the consequences of the sin of Adam and Eve are dealt with.

Adam’s sin was in direct contradiction to the one thing that God asked him not to do, the results are inevitable, and God has to act on this issue no matter how much He would rather show mercy. However, as we go along it will become evident that judgment will be tempered with mercy.

“So he [Adam] said, ‘I heard Your voice in the garden, and I was afraid because I was naked; and I hid myself.’ And He said, ‘Who told you that you were naked? Have you eaten from the tree of which I commanded you that you should not eat?’” Genesis 3:10-11.

God comes directly to the point here. First though there are a few things which may be of interest; while they are not mentioned, they could be implied. There must have been a short period of time between when they sinned and the Lord’s appearance in the garden.

It would have taken them many minutes or an hour or more to search out and sew together the fig leaves to wear. What must their fearful conversation have been like as they frantically searched about for a covering?

Where was the serpent, did he remain with them, or did he stay at the tree while they went looking for something to cover themselves?

One thing we can say for sure is that the serpent was present while God spoke with the couple, probably because God had summoned him to be present.

Is it possible that the serpent was with them at least when God was there because Satan was still infesting it and he wanted to gloat over having destroyed Adam and Eve so easily? Instead he found himself being judged along with the serpent.

Adam now replies to God’s question, “Have you eaten from the tree of which I commanded you that you should not eat?” Notice that God called this a commandment.

You find an admission of guilt in Adam’s reply, yet he minimizes his sin by blaming another!

This is understandable, in situations of extreme fear; people have a tendency to quickly pass the hot potato on to someone else. This kind of behavior is alright for children and the fearful, but it is not how adults act. Only admission of guilt and repentance are the correct response before God.

While it seems that Adam is blaming his wife for his actions, it is, “the woman whom You gave to be with me” that he blames, meaning that this mess is all God’s fault.

Men have been blaming God ever since for the messes which they have created themselves. Men have no desire to follow God nor will they have Him reign over them, in spite of the fact that He is the only one capable of caring for them.

“But the thing displeased Samuel when they [nation of Israel] said, ‘Give us a king to judge us.’ So Samuel prayed to the Lord. And the Lord said to Samuel, ‘Heed the voice of the people in all that they say to you; for they have not rejected you, but they have rejected Me, that I should not reign over them.’” 1 Samuel 8:6-7.

Without comment on Adam’s reply, God turns to the woman.

Admirably Eve does not start in on, her husband’s having freedom of choice, and it was not all her fault, rather, she answers God’s question carefully as the facts stood, but she too passes the buck and admits her guilt minimizing it by blaming the lying serpent.

Do you notice how God keeps asking all these questions; does He not know the facts?

Well, we know that God is omniscient; meaning that He knew everything that was going to happen from eternity past, including the part that Satan was going to play in this little scenario.

In fact God knows everything that anyone is going to do or say, right up to and infinitely beyond the last words cried out at the end of the battle of Armageddon.

“O Lord, You have searched me and known me. You know my sitting down and my rising up; You understand my thought afar off. You comprehend my path and my lying down, and are acquainted with all my ways. For there is not a word on my tongue, but behold, O Lord, You know it altogether.” Psalm 139:1-4.

Questions that God knows the answer to in His head do not benefit us who do not read His mind, so He asks them out loud so we can benefit.

“And Jesus said, ‘Who touched Me?’ When all denied it, Peter and those with him said, ‘Master, the multitudes throng You and press You, and You say, “Who touched Me?”’” Luke 8:45.

God does not have to ask these questions, He already knows the answers. The questions are to inform those around Him, and the readers of Scripture, to show His motivations and to fill in the blanks when He takes some sort of action. Other questions are to elicit a statement of faith on the part of those whom He questions.

Eve truthfully states that, “The serpent deceived me, and I ate.” Scripture confirms that she was telling the truth in the New Testament.

“But I fear, lest somehow, as the serpent deceived Eve by his craftiness, so your minds may be corrupted from the simplicity that is in Christ.” 2 Corinthians 11:3.

“And Adam was not deceived, but the woman being deceived, fell into transgression.” 1 Timothy 2:14.

“So the Lord God said to the serpent: ‘Because you have done this, you are cursed more than all cattle, and more than every beast of the field; on your belly you shall go, and you shall eat dust all the days of your life.” Genesis 3:14.

If you look around at snakes today you will find that they do not seem to be particularly handicapped by their lack of legs.

In fact if you try to catch one you will find that they are very quick. So they do not miss what they never had. This guy however is going to suffer for his willingness to be a puppet.

It does not seem very clear what God meant when He said that the serpent was to be more cursed than all cattle and every beast of the field. In fact the only thing that comes to mind is that the serpent is the only creature to be changed from one form to another.

While many animals have adapted to their environment, this is not evolution. For instance before the flood of Noah, the north pole was tropical, implying that the polar bear had to have adapted from being a bear that perhaps lived in a cool mountainous environment to one who could endure harsh cold conditions.

Dogs are an example of careful breeding by men to bring out a characteristic that they valued in the animal. Before the flood there may have been only one or a few breeds of dog but men over the centuries changed all that. Men have done this with edible plants, flowers, cats, rabbits; whatever interested them.

But the serpent lost his legs, and possibly wings. Now that is a curse.

So what is the big deal? Why do all this to a serpent some six thousand years ago?

Yes, it has been around six thousand years or more since this happened. Yet think of this, even today, even in the most pagan societies the snake is seen as a symbol of evil.

More than that, the serpent is recognized as being symbolic of Satan; it is often used in idolatrous rituals, or as a talisman – even worshipped.

This legless creature has become a reminder to every society that God judged at one time, and He will judge again soon. The serpent will have a connection to Satan until the Devil himself is judged.

“So the great dragon was cast out, that serpent of old, called the Devil and Satan, who deceives the whole world; he was cast to the earth, and his angels were cast out with him.” Revelation 12:9.

“And the devil, who deceived them, was cast into the lake of fire and brimstone where the beast and the false prophet are. And they will be tormented day and night forever and ever.” Revelation 20:10.