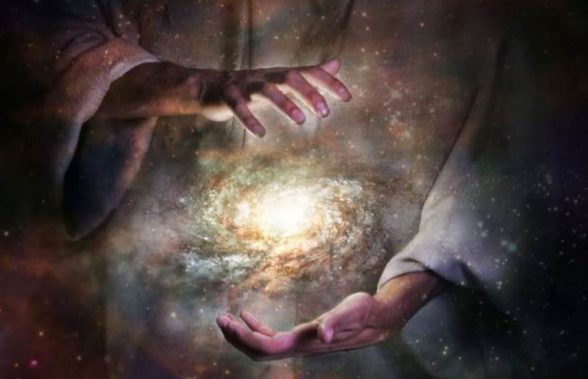 “I, John, both your brother and companion in tribulation, and in the kingdom and patience of Jesus Christ, was on the island that is called Patmos for the word of God and for the testimony of Jesus Christ. I was in the Spirit on the Lord’s Day, and I heard behind me a loud voice, as of a trumpet, saying, ‘I am the Alpha and the Omega, the first and the Last,’ and ‘what you see, write in a book and send it to the seven churches which are in Asia: to Ephesus, to Smyrna, to Pergamos, to Thyatira, to Sardis, to Philadelphia, and to Laodicea.’ Then I turned to see the voice that spoke with me. And having turned I saw seven golden lampstands, and in the midst of the seven lampstands One like the Son of Man, clothed with a garment down to the feet and girded about the chest with a golden band. His head and His hair were white like wool, as white as snow, and His eyes like a flame of fire”, Revelation 1:9-14.

The above has been included to maintain context, it was covered here on 4-7-22. We will examine Revelation 1:15-18 in this post.

“His feet were like fine brass, as if refined in a furnace, and His voice as the sound of many waters…” Revelation 1:15.

The brass here reminds us of the brazen altar on which the sacrifices of old were burnt.

“And the fire on the altar [brazen altar] shall be kept burning on it; it shall not be put out. And the priest shall burn wood on it every morning, and lay the burnt offering in order on it; and he shall burn on it the fat of the peace offerings. A perpetual fire shall burn on the altar; it shall never go out.” Leviticus 6:12-13.

So the fine brass here, “as if refined in a furnace”, represents judgment. The voice, “as the sound of many waters”, is the voice of authority, one that will command all men’s attention on the day of Christ’s return.

Until then it is a small voice urging men to repent, or guiding Christians in the way.

“He had in His right hand seven stars, out of His mouth went a sharp two-edged sword, and His countenance was like the sun shining in its strength.” Revelation 1:16.

Since the matter of the seven stars and seven golden lampstands will be covered in verse 20 they will be left for that discussion.

The sharp two-edged sword is a picture of the word of God; this is partially revealed in Scripture where Paul urges us to take up the full armor of God Ephesians 6:13-20, see verse 17 here.

“And take the helmet of salvation, and the sword of the Spirit, which is the word of God…” Ephesians 6:17.

The sword is the only offensive weapon given to us in this description. But notice it is called “the sword of the Spirit”; it is the Spirit that wields the sword.

There are many folks who think that just because they, as Christians, have the Holy Spirit dwelling within them that is all they need.

That is only partially true; there is great power through the Holy Spirit, but we limit Him by not having the word of God in our hearts through study and memorization.

Try to view your mind as a library, which it is, when you need something such as a memory, a short grocery list, or phone number, you shuffle through this library for that thought or notation and pull it up.

The Holy Spirit will use your library too. So when you or someone else asks you a question the Spirit of God goes through your library to pull up some answers.

What does He find? Well, there is your testimony as to how you came to Christ, and the many memories of things God has done for you, this is good.

Well, the question is asked, “Who is Jesus”? The Holy Spirit does a quick search through your files for a Bible verse. “Well, um, ‘For God so loved the world that He gave His only begotten Son.’”

“That is interesting” comes the reply, “Where is that in the Bible?” Your answer is “Gosh, I don’t know.”

The Holy Spirit that dwells within us represents the entire Godhead, Father, Son and Holy Spirit. The Spirit within us knows everything, He is omniscient, and He could give us the entire third chapter of John to quote to whoever asks.

But God does not reward laziness or indifference. God did not give us the Scriptures for our pastor or priest to read, He gave them for all of us, you and I.

Too many men risked their lives writing down the words that God breathed to them. And far too many men and women have lost their lives, often in horrible ways for writing Scripture down, or translating them, for teaching them, yes, even carrying them.

The Holy Spirit uses the word of God, whether hidden in our hearts, read, or read to us, either to convict us of sin or to convert the soul of those we may speak to.

“For the word of God is living and powerful, and sharper than any two-edged sword, piercing even to the division of soul and spirit, and of joints and marrow, and is a discerner of the thoughts and intents of the heart.” Hebrews 4:12.

Interestingly enough, Jesus is also given the title the Word.

“And the Word became flesh and dwelt among us, and we beheld His glory, the glory as of the only begotten of the Father, full of grace and truth.” John 1:14.

The Word here is in the Greek, logos, from which we get our word logo. Now when you see a familiar logo such as, one of the NFL football teams, GE, or the one for Apple computers they remind you of everything you know about that brand.

Calling Jesus the Word, logos, has the same idea except the intent is to show us the unseen God. We can know all we need to know about God by studying Jesus, even so, it will take an eternity to really know God.

“[God] has in these last days spoken to us by His Son, whom He has appointed heir of all things, through whom also He made the worlds; who being the brightness of His glory and the express image of His person, and upholding all things by the word of His power, when He had by Himself purged our sins, sat down at the right hand of the Majesty on high…” Hebrews 1:2-3.

Jesus is in bodily form the “express image” of the Godhead. Let us not miss this, Jesus is not only God but He has shown us exactly what God is like; He did not come to earth as God playing a man, He came to earth as a man acting exactly as God would.

Sadly folks spend their whole lives trying to find God when all they have to do is study Jesus and they will see, “the express image of His [God’s] person”.

Having said these things and realizing that Jesus spoke and worlds came into existence, it is safe to assume that when the Lord speaks, serious, cataclysmic things happen and the sword that comes out of His mouth is the word He speaks which goes out in power.

“Now out of His mouth goes a sharp sword, that with it He should strike the nations. And He Himself will rule them with a rod of iron. He Himself treads the winepress of the fierceness and wrath of Almighty God.” Revelation 19:15.

“…His countenance was like the sun shining in its strength.” Revelation 1:16b.

This is the glory of Jesus Christ showing His pure undefiled holiness.

“…and He [Jesus] was transfigured before them. His face shone like the sun, and His clothes became as white as the light.” Matthew 17:2.

“For He received from God the Father honor and glory when such a voice came to Him from the Excellent glory: ‘This is My beloved Son, in whom I am well pleased.’ And we heard this voice which came from heaven when we were with Him on the holy mountain.” 2 Peter 1:17-18.

“For such a High Priest was fitting for us, who is holy, harmless, undefiled, separate from sinners, and has become higher than the heavens…” Hebrews 7:26.

“And when I saw Him, I fell at His feet as dead. But He laid His right hand on me, saying to me, ‘Do not be afraid; I am the First and the Last. I am He who lives, and was dead, and behold, I am alive forevermore. Amen. And I have the keys of Hades and of Death.” Revelation 1:17-18.

John fell at the feet of Jesus as dead, so powerful is the sight of the risen, glorified Christ. Remember this is the same John who laid his head on Jesus’ breast at the last supper.

“Now there was leaning on Jesus’ bosom one of His disciples, whom Jesus loved. Simon Peter therefore motioned to him to ask who it was of whom He spoke [Jesus had said, “…one of you will betray Me” verse 21]. Then, leaning back on Jesus’ breast, he said to Him, ‘Lord, who is it?’” John 13:23-25.

Now many homosexuals like to make something of this, but what they ignore is that it is possible for brothers or sisters to show affection for one another without there being some unclean motive.

And it can certainly be true of a father son relationship, how much more between the Creator of everything and His children. But the wicked mind is restless to conceive evil continually.

“A worthless person, a wicked man, walks with a perverse mouth; he winks with his eyes, he shuffles his feet, he points with his fingers; perversity [deceit, fraud] is in his heart, he devises evil continually, he sows discord [spreads strife]. Therefore his calamity shall come suddenly; suddenly he shall be broken without remedy.” Proverbs 6:12-15.

As for the disciple whom Jesus loved, this is how the Apostle John refers to himself in the book of John.

In fact he does not refer to himself as John at all in the book of John, though John the Baptist is mentioned numerous times therein.

John felt the love of Christ more than the others because he received it, the Lord loves us all infinitely, if we will just accept that fact and receive it; alas, few people are able to.

The Lord refers to Himself as the one who lives and was dead and is now alive forevermore, confirming that this is the same Jesus spoken of in the four gospels, Matthew, Mark, Luke and John.

And Jesus has the keys of Hades, the unseen realm, hell, and Death.

“Inasmuch then as the children have partaken of flesh and blood, He
Himself likewise shared in the same, that through death He might destroy him who had the power of death, that is, the devil, and release those who through fear of death were all their lifetime subject to bondage.” Hebrews 2:14-15.

Jesus having lived, died and risen again has destroyed the power of the devil and wrested the keys of Death and Hades from him. Whether the world likes it or not, it is all about Jesus.