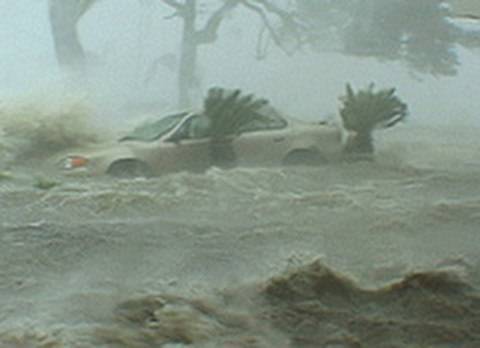 The above has been entered here to maintain context. This post will examine Revelation 12:9-17.

“So the great dragon was cast out, that serpent of old, called the Devil and Satan, who deceives the whole world; he was cast to the earth, and his angels were cast out with him.” Revelation 12:9.

“The great dragon” rebelled against God before time began:

“And another sign appeared in heaven: behold, a great, fiery red dragon having seven heads and ten horns, and seven diadems on his heads. His tail drew a third of the stars [angels] of heaven and threw them to the earth.” Revelation 12:3-4a.

“That serpent of old” was in the Garden of Eden deceiving Eve out of the mouth of a serpent:

“And the serpent said to the woman, ‘You will not surely die. For God knows that in the day you eat of it your eyes will be opened, and you will be like God, knowing good and evil.’” Genesis 3:4-5.

Having lost the war Satan and his legions of fallen angels are cast out of heaven and thrown down to the earth.

No longer does he have access to the presence of God; no longer can he roam the second heaven. Satan is now imprisoned here on earth.

The brutal truth that he may not be able to usurp God’s authority slowly sinks in. In anger he lashes back in an effort to seize some sort of victory here on earth.

The greatest victory would be to eradicate Israel from off the earth, something he has been trying to do since God called them forth as a nation. If he could just cause one of God’s promises to fail!

This will cause untold misery and loss of life as he wreaks havoc upon the whole world. When in doubt, destroy.

One of Satan’s characteristics mentioned in verse 9 is that he “deceives the whole world”. This is not just a future thing where his deception drives the whole world mad with demonic delusions, but it is a very present thing right now.

The world sleeps as the evil one sings lullabies and distracts them with shiny baubles and mesmerizes them with the pleasures of this temporary world.

Or when he beats many of them down and fills them with such anger that their focus is only vengeance and hatred. Evil is forged on the anvil of Satan with a mighty hammer wielded by demons.

No wonder God can say of us:

And when they do seek after god, they go to Hinduism, Buddhism, Islam, Paganism, and so on. Why?

Well because they want a god who suits their fancy. Man wants a god created in his image, not the God who created man.

“Then I heard a loud voice saying in heaven, ‘Now salvation, and strength, and the kingdom of our God, and the power of His Christ have come, for the accuser of our brethren, who accused them before our God day and night, has been cast down. And they overcame him by the blood of the Lamb and by the word of their testimony, and they did not love their lives to the death. Therefore rejoice, O heavens, and you who dwell in them! Woe to the inhabitants of the earth and the sea! For the devil has come down to you, having great wrath, because he knows that he has a short time.’” Revelation 12:10-12.

The accuser of the brethren is accusing tribulation saints not Christians, since they will have already been raptured into heaven. However, right now; he is accusing Christians around the world.

Today as in the future there is only one way to overcome the devil, “by the blood of the Lamb”, the gospel will always be the same.

“…but these are written that you may believe that Jesus is the Christ, the Son of God, and that believing you may have life in His name.” John 20:31.

“…if you confess with your mouth the Lord Jesus and believe in your heart that God has raised Him from the dead, you will be saved.” Romans 10:9.

“Then Paul answered, ‘What do you mean by weeping and breaking my heart? For I am ready not only to be bound, but also to die at Jerusalem for the name of the Lord Jesus.’” Acts 21:13.

“Now when the dragon saw that he had been cast to the earth, he persecuted the woman who gave birth to the male Child. But the woman was given two wings of a great eagle, that she might fly into the wilderness to her place, where she is nourished for a time and times and half a time, from the presence of the serpent.” Revelation 12:13-14.

“Then the woman fled into the wilderness, where she has a place prepared by God, that they should feed her there one thousand two hundred and sixty days.” Revelation 12:6.

Verse 6 above has been placed after verses 13-14 to help keep it in a rough chronological order and as you can see they dovetail together nicely.

Revelation 12:6 was not expanded upon in the last study with the knowledge that it would be taken up again in this post.

Now that the dragon has been cast to earth he begins to persecute the woman, Israel, to an even greater degree. It is then stated that she is given “two wings of a great eagle” to fly into the wilderness.

There are some fanciful explanations as to what this is, however Scripture once again gives a plausible answer.

“You have seen what I [God] did to the Egyptians, and how I bore you on eagles’ wings and brought you to Myself.” Exodus 19:4.

Eagles’ wings is a word picture to show with what power and speed God delivered them and will deliver them again. An eagle is also often used to refer to God Himself.

That eagles’ wings are metaphorical is also intimated in verse 6 where it says that “the woman fled into the wilderness”.

Verse 6 also states “that they should feed her there…” it is unclear as to who “they” are. We know that anything is possible because ravens fed the prophet Elijah through part of a three and a half year drought, see I Kings 17:2-7.

However, this will be a much larger number of people, so it may be angels or folks sympathetic to their cause; whatever it is it will be an extraordinary feat.

The flight of the woman is actually described by the Lord when He prophesied of the end times.

“Therefore when you see the ‘abomination of desolation,’ spoken of by Daniel the prophet, standing in the holy place (whoever reads, let him understand), then let those who are in Judea flee to the mountains. Let him who is on the housetop not come down to take anything out of his house. And let him who is in the field not go back to get his clothes. But woe to those who are pregnant and to those with nursing babies in those days! And pray that your flight may not be in winter or on the Sabbath. For then there will be great tribulation, such as has not been since the beginning of the world until this time, no, nor ever shall be.” Matthew 24:15-21.

“So the serpent spewed water out of his mouth like a flood after the woman, that he might cause her to be carried away by the flood. But the earth helped the woman, and the earth opened its mouth and swallowed up the flood which the dragon had spewed out of his mouth.” Revelation 12:15-16.

There are three possibilities here. This could be a literal flood of water, something like the worldwide flash flooding that is happening now mid-August 2022? As the flood overtakes the Israelites, God could open the earth and the water would flow harmlessly into the rift.

The word flood is often used in reference to an army:

“…when the enemy comes in like a flood, the Spirit of the Lord will lift up a standard against him.” Isaiah 59:19b.

“Behold, the Lord has a mighty and strong one [Assyrian army], like a tempest of hail and a destroying storm, like a flood of mighty waters overflowing, who will bring them down to the earth with His hand. The crown of pride, the drunkards of Ephraim, [Israel] will be trampled underfoot…” Isaiah 28:2-3.

“Who is this coming up like a flood, whose waters move like the rivers? [Egyptian army lost the Battle of Carchemish to the Babylonians in 605 B.C.]” Jeremiah 46:7.

In the second flood scenario, because of rabid anti-Semitism intensified by the presence of Satan himself, the army could be literal armed forces or an angry mob of men in a blood lust that goes out into the wilderness to destroy the woman.

The earth can literally open up and swallow the flood of people chasing Israel as it did during the rebellion of Korah, see Numbers 16:30-33.

“So they and all those with them went down alive into the pit; the earth closed over them, and they perished from among the assembly.” Numbers 16:33.

The third option is similar to the second, except that instead of the earth literally swallowing this murderous mob, a spirit of confusion comes upon them and one by one they become lost in the wilderness. In this sense the earth or wilderness swallows them up.

“And the dragon was enraged with the woman, and he went to make war with the rest of her offspring, who keep the commandments of God and have the testimony of Jesus Christ.” Revelation 12:17.

Unable to destroy the woman Satan turns and intends to destroy all those who belong to Christ whether Israelite or Gentile.

We are still in the middle of the tribulation at this point and it becomes clearer as we go on what a time of horror is in store for the survivors of the next three and a half years.

For centuries the Jews have said, “Next year in Jerusalem”, I am not sure with all the turmoil over there, that they feel that this has been accomplished even yet.

The Christian says Maranatha, which is translated by some as “Our Lord comes”. But the Lord Jesus said the following.

It is possible for you to accomplish more in the next year or two than in all the years prior; value your life and use it wisely, only you can do this.