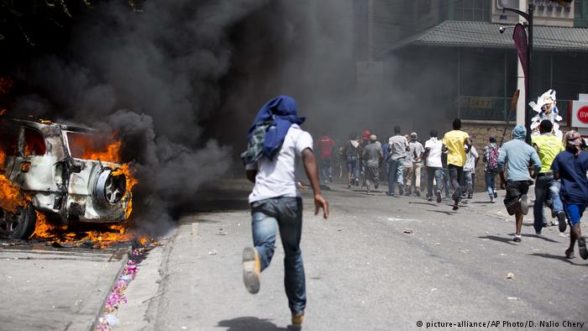 “…that you may be counted worthy of the kingdom of God, for which you also suffer; since it is a righteous thing with God to repay with tribulation those who trouble you…” 2 Thessalonians 1:5b-6.

The Thessalonian Christians were allowed to be persecuted by men so that they might grow in Christ and that they might display the power of the Holy Spirit working in them before men and angels.

“…since it is a righteous thing with God to repay with tribulation those who trouble you…” 2 Thessalonians 1:6.

There is a principle which the ungodly ignore to their own peril; that is what one site called “Lex Talionis”, the law of retribution. God has spoken in this manner.

“If it is possible, as much as depends on you, live peaceably with all men. Beloved, do not avenge yourselves, but rather give place to wrath; for it is written, ‘Vengeance is Mine, I will repay,’ says the Lord.” Romans 12:18-19.

“Vengeance is Mine, and recompense; their foot shall slip in due time; for the day of their calamity is at hand, and the things to come hasten upon them.” Deuteronomy 32:35.

“Anyone who has rejected Moses’ law dies without mercy on the testimony of two or three witnesses. Of how much worse punishment, do you suppose, will he be thought worthy who has trampled the Son of God underfoot, counted the blood of the covenant by which he was sanctified a common thing, and insulted the Spirit of grace? For we know Him who said, ‘Vengeance is Mine I will repay,’ says the Lord. And again, ‘The Lord will judge His people.’ It is a fearful thing to fall into the hands of the living God.” Hebrews 10:28-31.

That is all well and good, but, I would like to get my hands on whoever stole my bicycle when I was thirteen.

I would like to get my hands on the persons who stole parts off of two of my cars, stole two more of my cars, and three of my license plates.

I would like to get my hands on those who burgled my house taking, among other things, my deceased father’s coin collection, which had little or no value, and robbed my seven year old son of the sense of security he once felt in his home.

I know that those who bought the things stolen from me said, “Well, if he did not want them stolen he should not have left them where they could get them”, making the buyer more of a thief because he enabled the thief by rewarding him.

Am I angry to the point of hatred? You can bet your back molars. Am I right? Am I right?

The problem is that we do not see the vengeance; that is what our evil heart wants to do is it not?

When I feel these angry thoughts rising up in my heart it is a result of not trusting God. What has He said, “Vengeance is mine”, and what part of that do we not understand?

I am guilty before God because I have called God a liar.

“Paul, a servant of God and an apostle of Jesus Christ, according to the faith of God’s elect and the acknowledgment of the truth which is according to godliness, in hope of eternal life which God, who cannot lie, promised before time began…” Titus 1:1-2.

“… in which it is impossible for God to lie, we might have strong consolation, who have fled for refuge to lay hold of the hope set before us.” Hebrews 6:18b.

Holding my anger against liars, thieves and swindlers makes me a transgressor of the royal law.

“If you really fulfill the royal law according to the Scripture, ‘You shall love your neighbor as yourself,’ you do well…” James 2:8.

The sin nature is a wretched and deep seated thing.

“I [Apostle Paul] find then a law, that evil is present with me, the one who wills to do good. For I delight in the law of God according to the inward man. But I see another law in my members, warring against the law of my mind, and bringing me into captivity to the law of sin which is in my members. O wretched man that I am! Who will deliver me from this body of death? I thank God – through Jesus Christ our Lord! So then, with the mind I myself serve the law of God, but with the flesh the law of sin.” Romans 7:21-25.

But we do not stop here and just give in.

Jesus also has this to say about forgiving those who trespass against us.

“So My heavenly Father also will do to you if each of you, from his heart, does not forgive his brother his trespasses.” Matthew 18:35.

Jesus did not simply say these things because they were part of His nature and the will of the Father; He said them because they are beneficial to our own mental health.

Notice that Jesus said to forgive our brother from the heart; this is much more difficult than just mouthing the words. If we can do these things, we would be carrying around a lot less anger.

Forgiveness would come a lot easier if we could honestly believe that God will avenge us against those who sin against us.

“Truly God is good to Israel, to such as are pure in heart. But as for me, my feet had almost stumbled; my steps had nearly slipped. For I was envious of the boastful, when I saw the prosperity of the wicked. For there are no pangs in their death, but their strength is firm. They are not in trouble as other men, nor are they plagued like other men. Therefore pride serves as their necklace; violence covers them like a garment. Their eyes bulge with abundance; they have more than heart could wish. They scoff and speak wickedly concerning oppression; they speak loftily. They set their mouth against the heavens, and their tongue walks through the earth.” Psalm 73:1-9.

“And they say, ‘How does God know? And is there knowledge in the Most High?’ Behold, these are the ungodly, who are always at ease; they increase in riches. Surely I have cleansed my heart in vain, and washed my hands in innocence. For all day long I have been plagued, and chastened every morning.” Psalm 73:11-14.

“When I thought how to understand this, it was too painful for me – until I went into the sanctuary of God; then I understood their end. Surely You set them in slippery places; You cast them down to destruction. Oh, how they are brought to desolation, as in a moment! They are utterly consumed with terrors.” Psalm 73:16-19.

“Whom have I in heaven but You? And there is none upon earth that I desire besides You. My flesh and my heart fail; but God is the strength of my heart and my portion forever. For indeed, those who are far from You shall perish; You have destroyed all those who desert You for harlotry. But it is good for me to draw near to God; I have put my trust in the Lord God, that I may declare all Your works.” Psalm 73:25-28.

This nation has been plunged into evil over the last few years and many Christians have suffered because of it either through the denial of the right of Christians to practice their faith openly in the armed services, in public places, in the workplace, or in schools (where Islam is being promoted openly). The government is even now trying to stop Christians from speaking out against sin in their own church buildings.

Many more have lost their jobs, or been forced to work part time, lost their inexpensive health benefits and been saddled with double or triple the rates, or just lost their benefits altogether.

And now many normal services have been interrupted. This is persecution for the Christian and a wakeup call for a nation that is spiritually dead; how we respond is important.

Do not be deceived, evil men have taken over many high positions in government and they are lodged there like a tick.

For the Christian the first step is always prayer, either prayer for God to step in and return this country to the godly one that the founders intended. Bearing in mind their intent was to establish this as a Christian nation, not socialist, not Muslim, and not secular.

Or we must pray that if it is God’s intent to allow evil to continue that He would send evangelists out to preach the gospel in power to bring in a harvest of millions of souls before He takes His own to heaven away from the horrors of the future seven years of tribulation.

“The harvest truly is great, but the laborers are few; therefore pray the Lord of the harvest to send out laborers into His harvest.” Luke 10:2.

The second thing that all Christians, without exception, need to do is to vote, prayerfully and intelligently, in every election that God allows us to have as a nation.

“When the righteous are in authority, the people rejoice; but when a wicked man rules, the people groan.” Proverbs 29:2.

“The light of the righteous rejoices, but the lamp of the wicked will be put out.” Proverbs 13:9.

“Do not fret because of evildoers, nor be envious of the wicked; for there will be no prospect for the evil man; the lamp of the wicked will be put out.” Proverbs 24:19-20.

So then we shall endure tribulation on this earth, but none of it is for nothing, God is the potter molding each of us to enter greater glory than our imagination is capable of.

“These things I have spoken to you, that in Me you may have peace. In the world you will have tribulation; but be of good cheer, I have overcome the world.” John 16:33.

“But as it is written: ‘Eye has not seen, nor ear heard, nor have entered into the heart of man the things which God has prepared for those who love Him.’” 1 Corinthians 2:9.

Many things will be revealed to us as we walk this earth, but there are wonders as it says in the book of Job that are beyond our understanding here.

The Christian will have trouble in this life, but a just God demands that those who persecute His children will suffer retribution themselves.

If this does not bring sinful men to Christ, the horrors of the coming seven years of tribulation will end with them being thrown into the lake of fire.