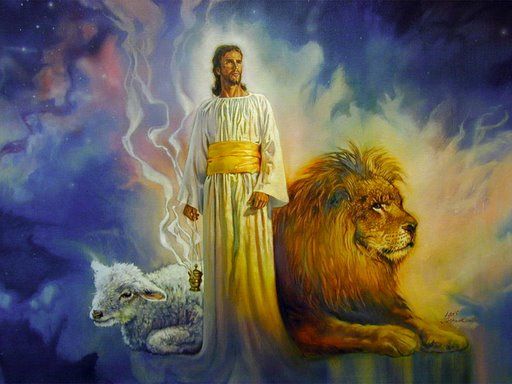 “The Lord reigns; let the earth rejoice; let the multitude of isles be glad!” Psalm 97:1.

Psalm 97 is a continuum of Psalm 96 because the theme of the Lord Jesus’ return and reign is throughout both psalms.

In fact some expositors mention that parts of Psalms 96, 97, 98, and 100 are taken from the psalm that King David wrote for the return of the Ark from the house of Obed-edom to the city of David, see 1 Chronicles 16:7-36.

The Ark of the Covenant which was originally in the holy of holies in the tabernacle built in the wilderness is a type of Christ and the picture that we have in 1 Chronicles 16, is of the Ark being moved from a temporary home to Jerusalem where it belonged.

So too in these psalms the picture of Christ is one of His return from heaven to reign over the whole earth from His throne in Jerusalem.

This further confirms that these psalms are not just about God and the Israelites, but they are about future things that will happen, prophetic things.

To highlight this connection a little better, let us take the last few verses of Psalm 96 (posted here on 1-13-23) and connect them to the first verse in 97.

“Say among the nations [Gentiles, all of the earth], ‘The Lord reigns; the world also is firmly established, it shall not be moved; He shall judge the peoples righteously.’ Let the heavens rejoice, and let the earth be glad; let the sea roar, and all its fullness; let the field be joyful, and all that is in it. Then all the trees of the woods will rejoice before the Lord. For He is coming, for He is coming to judge the earth. He shall judge the world with righteousness, and the peoples with His truth. The Lord reigns; let the earth rejoice; let the multitude of isles [coastlands] be glad!” Psalm 96:10-97:1.

The problem with prophecy is that it is not all spelled out for us in order, which makes it much more difficult to parse out. Psalm 96 extols the Lord Jesus and His reign upon the earth, but it does not tell us how He got there, while 97 praises the Lord who reigns over the whole earth and then tells us a little of how He got there.

So we pick up here a little and there a little and I am not sure that anyone has all his ducks in line. It is good to rely wholly upon the Holy Spirit, since He wrote these things. So start every Bible reading with prayer for insight.

Also check on as many references and cross-references as you can find to gain as much information as possible on a given subject.

Here are some reference sites you may like: eliyah.com/lexicon.html; biblegateway.com and biblestudytools.com.

A quick help will be to check the references in the sidebar or middle column of your Bible.

Often a passage may refer to the millennium, then to the Day of the Lord (Christ’s glorious return), then to something which looks like the battle of Armageddon but turns out to be the Russian invasion of Israel.

Fortunately one of the rules of interpretation is that Scripture often explains Scripture, so you may find the solution to a question in another Scripture. To be knowledgeable, Christians must know their Bible, not just what someone says.

So Psalm 97 picks up the praise where Psalm 96 leaves off:

“The Lord reigns; let the earth rejoice; let the multitude of isles be glad!” Psalm 97:1.

And then begins an ominous and frightening description of the end of the tribulation and the death of the wicked at Armageddon which must come first.

“Clouds and darkness surround Him; righteousness and justice are the foundation of His throne.” Psalm 97:2.

There will be clouds and thick darkness on the earth on that day. In Psalm 18 below we see King David calling out to God for deliverance from impending doom.

David’s cry here represents not only his despair, but that of Israel’s during the future invasion of the Antichrist, see Revelation 19:17-21.

“In my distress I called upon the Lord, and cried out to my God; He heard my voice from His temple, and my cry came before Him, even to His ears. Then the earth shook and trembled; the foundations of the hills also quaked and were shaken, because He was angry. Smoke went up from His nostrils, and devouring fire from His mouth; coals were kindled by it. He bowed the heavens also, and came down with darkness under His feet. And He rode upon a cherub, and flew; He flew upon the wings of the wind. He made darkness his secret place; His canopy around Him was dark waters and thick clouds of the skies. From the brightness before Him, His thick clouds passed with hailstones and coals of fire. The Lord also thundered in the heavens, and the Most High uttered His voice, hailstones and coals of fire. He sent out His arrows and scattered the foe, lightnings in abundance, and He vanquished them. Then the channels of waters were seen, and the foundations of the world were uncovered at Your rebuke, O Lord, at the blast of the breath of Your nostrils.” Psalm 18:6-15.

“And He rode upon a cherub…” may be a metaphor used by King David when he thanked God for rescuing him from all his enemies (see the dedication at the beginning of Psalm 18). Or it may be as in Ezekiel’s vision of cherubim recorded in Ezekiel chapter ten.

In Revelation 19:11-21 the Lord Jesus is shown seated on a white horse, Psalm 18 is not only a psalm of thanksgiving by David, but it is also a prophetic one since many prophecies may have a double meaning.

That Psalm 18 is prophetic is also seen by the description of the Lord’s fight against David’s enemies. Some of the things mentioned are very catastrophic, such as:

“Then the channels of the waters were seen, and the foundations of the world were uncovered…” Psalm 18:15a.

Things like this are the more likely to have been caused by the horrendous earthquakes prophesied in Revelation, specifically chapter 16:17-21, not in localized battles in Israel.

“Let the nations be wakened, and come up to the Valley of Jehoshaphat; for there I will sit to judge all the surrounding nations. Put in the sickle, for the harvest is ripe. Come, go down; for the winepress is full, the vats overflow – for their wickedness is great. Multitudes, multitudes in the valley of decision! For the day of the Lord is near in the valley of decision. The sun and moon will grow dark, and the stars will diminish their brightness. The Lord also will roar from Zion, and utter His voice from Jerusalem; the heavens and earth will shake; but the Lord will be a shelter for His people, and the strength of the children of Israel.” Joel 3:12-16.

“Who is this who comes from Edom, with dyed garments from Bozrah, this One who is glorious in His apparel, traveling in the greatness of His strength? – ‘I who speak in righteousness, mighty to save.’ Why is Your Apparel red, and Your garments like one who treads in the winepress? ‘I have trodden the winepress alone [Revelation 14:19-20], and from the peoples no one was with Me. For I have trodden them in My anger, and trampled them in My fury; their blood is sprinkled upon My garments, and I have stained all My robes. For the day of vengeance is in My heart, and the year of My redeemed has come. I looked, but there was no one to help, and I wondered that there was no one to uphold; therefore My own arm brought salvation for Me; and My own fury, it sustained Me. I have trodden down the peoples in My anger, made them drunk in My fury, and brought down their strength to the earth.’” Isaiah 63:1-6.

“Then the fifth angel poured out his bowl on the throne of the beast, and his kingdom [the whole earth] became full of darkness; and they gnawed their tongues because of the pain. They blasphemed the God of heaven because of their pains and their sores, and did not repent of their deeds.” Revelation 16:10-11.

It is these clouds and thick darkness that surround and temporarily hide the Lord Jesus as He descends to the earth to reclaim it for His own in Psalm 97:2a.

Then God confirms that:

“Righteousness and justice are the foundation of His [Christ’s] throne.” Psalm 97:2b.

The destruction of the wicked is done justly and righteousness guides Him in the judgment which He executes upon the earth when He returns.