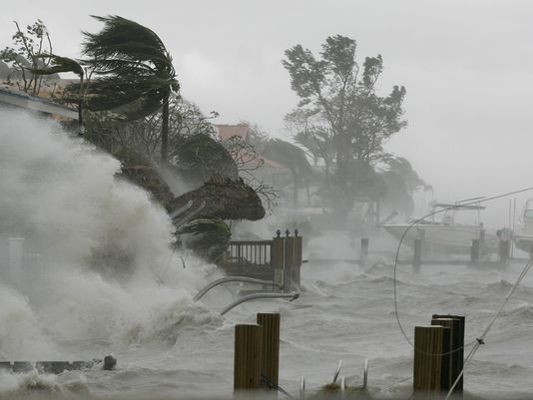 “Oh, sing to the Lord [Yahweh] a new song! Sing to the Lord, all the earth. Sing to the Lord, bless His name; proclaim the good news of His salvation from day to day. Declare His [Jesus’] glory among the nations [Gentiles], His wonders among all peoples. For the Lord is great and greatly to be praised; He is to be feared [reverence, Godly fear and awe] above all gods. For all the gods of the peoples are idols [literally, nothings], but the Lord [Jesus] made the heavens.” Psalm 96:1-5.

The above was added for context. This study will cover Psalm 96:6-13.

“Honor and majesty are before Him; strength and beauty are in His sanctuary. Give [ascribe] to the Lord, O families of the peoples, give to the Lord glory and strength. Give to the Lord the glory due His name; bring an offering, and come into His courts. Oh, worship the Lord in the beauty of holiness! Tremble before Him, all the earth.” Psalm 96:6-9.

But this is not the main thought here, Old Testament animal sacrifices were required then, but for us, Jesus Christ is the only offering God will accept for sin.

“But this Man, after He had offered one sacrifice for sins forever, sat down at the right hand of God, from that time waiting till His enemies are made His footstool. For by one offering He has perfected forever those who are being sanctified.” Hebrews 10:12-14.

This leaves us with one other offering that we can give freely and with which God is well pleased.

“Therefore by Him let us continually offer the sacrifice of praise to God, that is, the fruit of our lips, giving thanks to His name.” Hebrews 13:15.

Nobody particularly trembles before either God the Father or God the Son; in fact they blaspheme Him on a daily basis; they mock, slander, malign, belittle, and defile Him without the least concern for the day when they will indeed tremble before Him.

“And I say to you, My friends, do not be afraid of those who kill the body, and after that have no more that they can do. But I will show you whom you should fear: Fear Him who, after He has killed, has power to cast into hell; yes, I say to you, fear Him!” Luke 12:4-5.

But the trembling mentioned in Psalm 96:9b concerns the trembling that will occur when the Lord Jesus Christ returns to reign on the earth at the end of the tribulation during the battle of Armageddon.

“Then the sky receded as a scroll when it is rolled up, and every mountain and island was moved out of its place. And the kings of the earth, the great men, the rich men, the commanders, the mighty men, every slave and every free man, hid themselves in the caves and in the rocks of the mountains, and said to the mountains and rocks, ‘Fall on us and hide us from the face of Him who sits on the throne and from the wrath of the Lamb! For the great day of His wrath has come, and who is able to stand?’” Revelation 6:14-17.

It is at this point in history that the word will go out:

“Say among the nations [Gentiles], ‘The Lord reigns; the world also is firmly established, it shall not be moved; He shall judge the peoples righteously.’” Psalm 96:10.

The meaning of this is that Christ will establish a worldwide kingdom that He reigns over in complete justice. For a thousand years the world will live in peace.

“…the world also is firmly established, it shall not be moved”, the immediate thought is of earthquakes, which would no longer exist, along with disasters such as the bomb cyclones, floods and tornados we have experienced recently would also cease, forever.

This is true, but the immediate meaning of this is more important; Jesus will reign over the whole earth, there will be one government establishing permanent peace.

No more will folks feel insecure in their own homes, but they will dwell securely and know, “…the world also is firmly established, it shall not be moved” for their entire lives!

“Let the heavens rejoice, and let the earth be glad; let the sea roar, and all its fullness [all that is in it]; let the field be joyful, and all that is in it. Then all the trees of the woods will rejoice before the Lord.” Psalm 96:11-12.

It is odd to see inanimate objects rejoice, but this is a picture of nature completely released from the curse that they were put under because of man.

“For the earnest expectation of the creation eagerly waits for the revealing of the sons of God. For the creation was subjected to futility, not willingly, but because of Him who subjected it in hope; because the creation itself also will be delivered from the bondage of corruption into the glorious liberty of the children of God. For we know that the whole creation groans and labors with birth pangs together until now.” Romans 8:19-22.

The extent of creation’s deliverance from the bondage of corruption is plainly seen in the following Scripture.

“The wolf also shall dwell with the lamb, the leopard shall lie down with the young goat, the calf and the young lion and the fatling together; and a little child shall lead them. The cow and the bear shall graze; their young ones shall lie down together; and the lion shall eat straw like the ox. The nursing child shall play by the cobra’s hole, and the weaned child shall put his hand in the viper’s den. They shall not hurt nor destroy in all My holy mountain, for the earth shall be full of the knowledge of the Lord as the waters cover the sea.” Isaiah 11:6-9.

During this period of a thousand years Satan, the devil, and his fallen angel army will be imprisoned in the abyss. It says this of the earth because of his imprisonment.

“The whole earth is at rest and quiet; they break forth into singing. Indeed the cypress trees rejoice over you, and the cedars of Lebanon, saying, ‘Since you were cut down, no woodsman has come up against us.’” Isaiah 14:7-8.

Again, as I do as often as I can, I invite those who are followers of the New Age to read these passages. Is this not exactly what you picture the perfect earth to be like when science cleans it up and war is no more?

Is this not what we see in posters that show green rainforests next to ocean inlets where dolphins frolic and birds of paradise fly?

Even if it were possible to rid man of the sin nature and through science bring nature to a harmonic, pristine, balance, it would take hundreds of years, long after you are dead.

But know this, sinful men will not allow it to happen, and Scripture tells us that rather than becoming more beautiful, the world is going to be destroyed by incessant warfare, and the rebellion of man.

This can be seen by the murderous chaos and wanton destruction which is going on even as these words are being written.

It is tragic that so many people would choose to cling to a dream that is impossible and reject a reality in Christ that is inevitable.

“For He [Jesus] is coming, for He is coming to judge the earth. He shall judge the world with righteousness, and the peoples with His truth.” Psalm 96:13.

The repetition of this phrase He is coming, is confirmation that it is going to happen, and now some three thousand years later, the inevitable is about to happen. Are you prepared?

“But let all those rejoice who put their trust in You; let them ever shout for joy, because You defend them; let those also who love Your name be joyful in You. For You, O Lord, will bless the righteous; with favor You will surround him as with a shield.” Psalm 5:11-12.